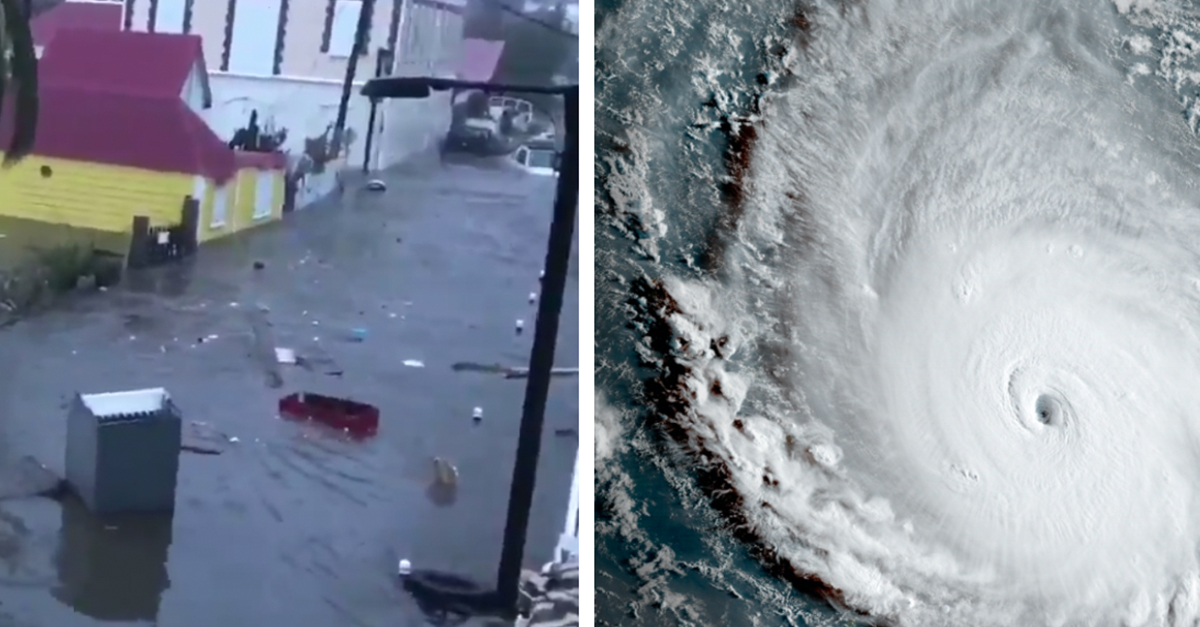 The International Space Station was able to document Irma as it traveled across the Atlantic Ocean, capturing a sharp view of the eye of the Hurricane from space.

The International Space Station’s external cameras captured a dramatic view of Hurricane Irma as it moved across the Atlantic Ocean Sept. 5. pic.twitter.com/mc61pt2G8O

A homeowner detailed the devastation from her home on the Island of St. Martin.

A lady giving her own account of what occurred in St Martin #HurricaneIrma pic.twitter.com/0X1d3togIv

St. Martin was hammered so intensely that some claimed the island was completely destroyed.

#Hurricane #Irma has
destroyed the Island of #SaintMartin. Waiting for the second hit from #IrmaHurricane pic.twitter.com/dbGVIdoCuF

According to the National Hurricane Center, Hurricane Irma is expected to touch down in Florida on Saturday morning. While many Floridians evacuate their homes, others are stocking up on dry goods and bottled water as they prep for the storm.

All registers opened at a supermarket in Miami #hurricaneirma #irma pic.twitter.com/YJBMQfz8Yx