As football fans get their snack spreads, decorations, and houses ready for Super Bowl Sunday, animal fans are also making preparations for another annual event. Animal Planet’s yearly “Puppy Bowl” is set to air a few hours before the big game, and long-time referee Dan Schachner has given a behind the scenes look at some of the puppies involved with Sunday’s festivities.

For those who don’t know, the goal of the event is to help puppies find new homes. Though the football game is not aired live, the event has a 100 percent adoption rate for all puppies involved.

The #SuperBowl is not the only game in town today…
"Let the #PuppyBowl begin!" #SundayMorning pic.twitter.com/WOessWc75J

As Schachner informed Uproxx, several of the dogs involved this year were affected by natural disasters in 2017:

Horrifying natural disasters happened last year. We can all agree that 2017 was a pretty crappy year in terms of that. Between Hurricane Irma, Maria, Harvey, we knew we had to do something to not just shine a light on those dogs, but on those communities that are trying to rebuild. That’s how we found the puppy, Tyler, in Houston.

He also added that dogs “taken in from areas of natural disasters and relief areas are often older, or they’re neglected because something big is going on.”

And it isn’t just hurricanes that have left dogs without homes.

“There was a really horrifying earthquake in Mexico last year,” he noted. “We were lucky enough to connect with a shelter in Mexico and got a puppy called Mango to come and represent that entire country at ‘Puppy Bowl.'”

Schachner also told PEOPLE of a few changes to watch for this year.

Viewers will be able to see things like a new stadium:

And even a chicken performing the national anthem!

(Fun fact: This won’t be the first time Jokgu of The Flockstars will have performed a patriotic song in front of an audience.)

RELATED: After heavy backlash, Justin Timberlake’s halftime show will not feature a hologram of Prince 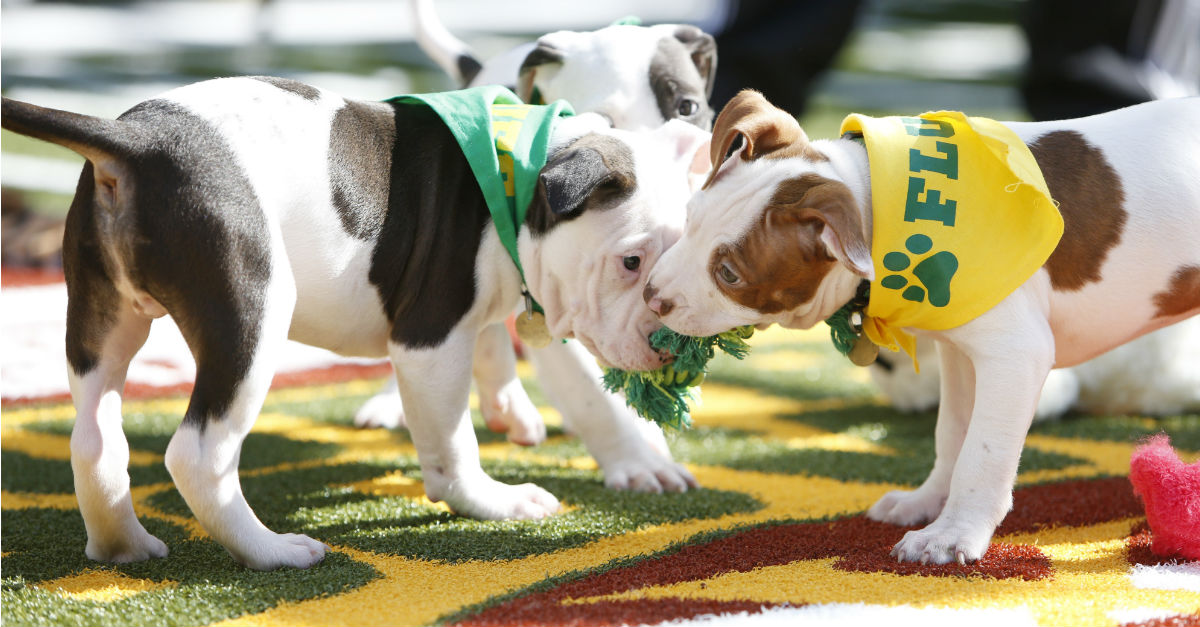