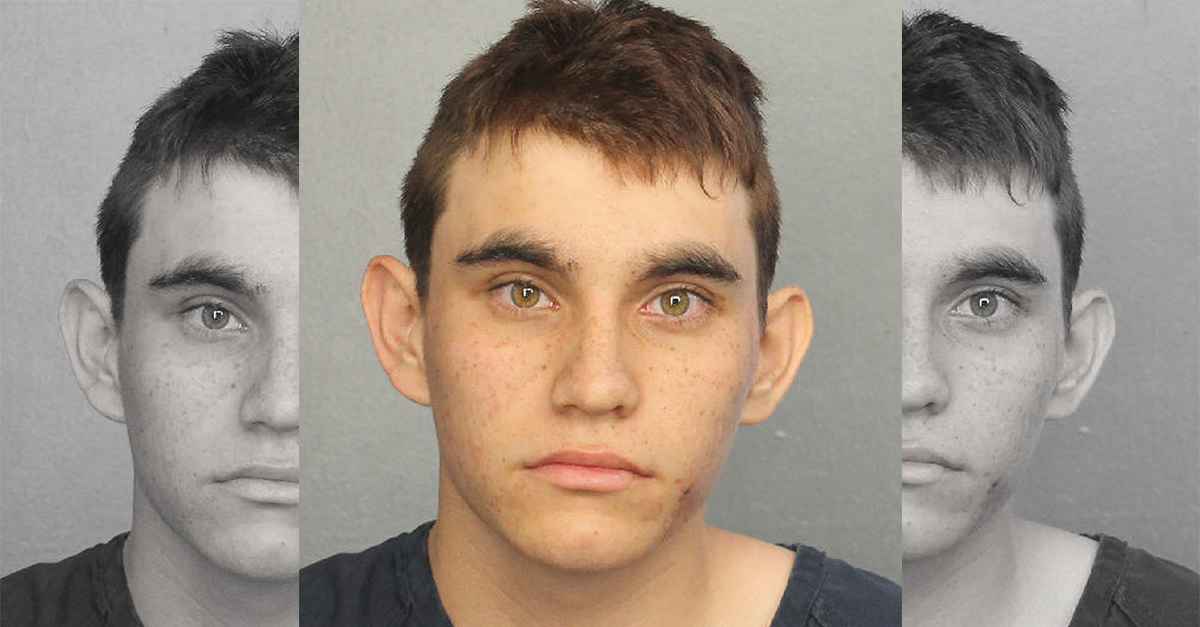 In another disturbing development, a new report shows that a Florida child services agency knew about Nikolas Cruz and even investigated him.

The Florida Department of Children and Families was tipped off about Cruz after he cut his arms on a Snapchat video and indicated that he planned to buy a gun, according to the Sun-Sentinel. The department even visited Cruz and questioned him before eventually determining that he “was at a low risk of harming himself or others.”

RELATED: Democrats heap criticism on Trump after he showed up grinning at the hospital to greet Florida shooting victims

It’s unclear how the investigation began, as the state’s report does not say who called in the tip, but the agents visited Cruz in November 2016–a few months before his mother died.  At that time, Cruz was undergoing mental health counseling. His mother told investigators that Cruz’s depression was a result of a breakup with a girl “who was cheating on him.”

The new information is the latest in a string of reports showing that Cruz was in the eyes of law enforcement before he opened fire at Marjory Stoneman Douglas High School on Valentine’s Day, leaving 17 people dead. The rifle that Cruz used in the massacre, a Smith & Wesson M&P 15, was legally purchased from a gun shop less than eight miles away from the high school.

A Broward County public defender who is representing Cruz was blunt in his assessment, saying, “This kid exhibited every single known red flag, from cutting animals to having a cache of weapons to disruptive behavior to saying he wanted to be a school shooter. If this isn?t a person who should have gotten someone?s attention, I don?t know who is. This was a multi-system failure.”

On Friday, the FBI admitted that they were tipped off about Cruz but that “established protocols” weren’t followed. Director Christopher Wray said he is “committed to getting to the bottom of what happened in this particular matter, as well as reviewing our processes for responding to information that we receive from the public.” But that wasn’t enough for Florida Governor Rick Scott, who called on Wray to resign.