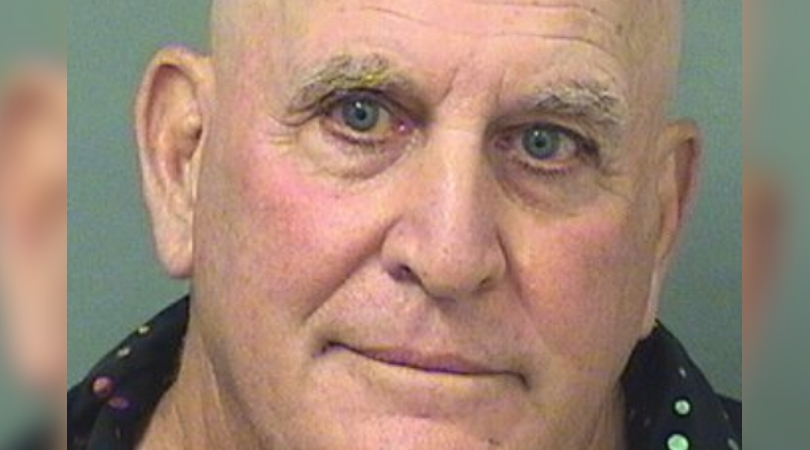 What do a country club golfer, helium tank and CSI all have in common? Well, in a recent homicide case in Florida, they were the ingredients for the perfect “murder”. Alan J. Abrahamson was a 71-year-old Florida man living in Palm Beach. He loved to golf, travel and enjoy life with his wife, Linda and their two kids. On January 25, 2018, at 7am a dog found the man lying on his back. Abrahamson was found dead outside the gates of his gated community of Palm Beach Gardens.

The Scene of The Crime

Florida police now believe 71-year-old Alan J. Abrahamson made a suicide look like a homicide by tying the gun to a weather balloon https://t.co/ieT0yPhOqG pic.twitter.com/07Uv2luy6h

At the scene, Abrahamson had a single gunshot wound to the chest. A curious thin line of blood looked like a string had been dragged across his body. Nobody knew what caused it. There were no obvious signs of struggle although the man was missing some valuables he always had on his person, namely his watch. Further, neither the gun nor shell casings were found anywhere on the crime scene. Abrahamson’s death was ruled a homicide.

During the investigation, the police continued to gather information that appeared to be misaligned. That’s when they found out about the $55 weather balloon the Florida man had purchased two days before his death. The same day Abrahamson also purchased a helium tank from an industrial gas store in West Palm Beach. The most curious piece of information was from country club surveillance video. On the day of his death, the surveillance follows him walking past the gatehouse. The fatal shot was heard almost minutes later. When a detective walked the route that Abrahamson must-have taken, it took him under five minutes! So there were about 40 unaccounted for minutes in between the last time the victim was seen and his death.

It was then that the police detective wondered for the first time: what if the murder was actually a suicide?

A 71-year-old man tied a gun to a weather balloon to fake his own murder, police say: Alan J. Abrahamson was found outside the gates of his live-in country club, shot through the heart. Police never found his killer, and now say there was none. https://t.co/1njgcQciSB

Google searches on Abrahamson’s computer started filling in the gaps. In searches dating back ten years, the Florida golfer had queried for “Suicide,” “How to commit suicide?” and “Life insurance suicide.” Do you see where this is going? Most life insurance policies have a suicide clause. So, if Abrahamson had decided to commit suicide, he would have to make his suicide look like a murder. Another old Google search solidified this police theory. He’d searched “Undetectable suicide methods” and “How many cubic feet of helium do you need to raise one pound?” and on the day before his death:  “Dawn / Dusk Times.”

An investigation into his life insurance account showed that he had made large payments into it shortly before he faked his own murder. This is also where the helium and weather balloon came into play. And that mysterious string-like thin line of blood across Abrahamson’s body was the string to the helium balloon lifting the gun he used. It carried the gun out towards the Atlantic Ocean. This same scenario was apparently seen in a 2003 episode of “CSI”. Creepy? Definitely.

One thing is certain, authorities believe Abrahamson made a suicide look like a homicide. Do you?