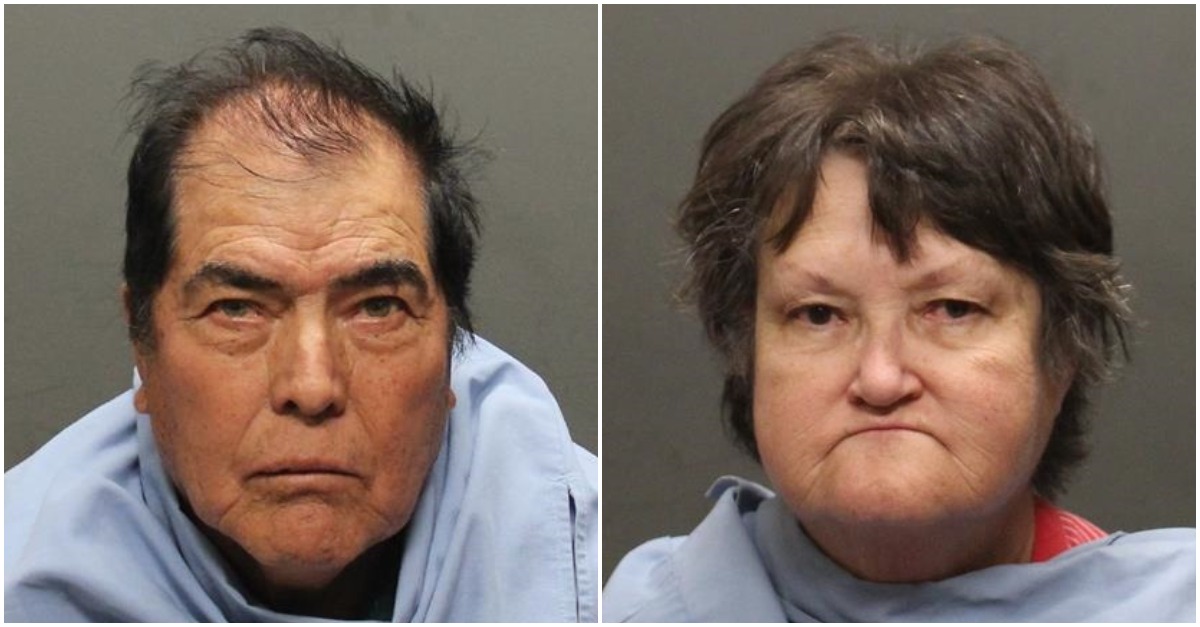 The Gutierrez parents in Arizona could face some serious jail time after they allegedly kept four adopted children locked in their rooms and forced the kids to live in inhumane conditions.

Carol Gutierrez, 64, and Benito Gutierrez, 69, are both facing four counts of child abuse. Police say that the couple were arrested on February 20, a few days after one of the children escaped the home-prison through a bedroom window. The victim was able to run to a nearby Family Dollar where the clerk called 911, Tuscon News Now reports. The four children were between ages six to twelve.

Police went to the Gutierrez’s home and The Pima County Sheriff’s Department said in a press release “the children were kept in separate bedrooms, which were locked from the outside. [The children had] no access to food, water, lights or bathroom facilities for up to 12 hours at a time on a regular basis. One bedroom had only a bucket as a toilet.”

In a press conference, a spokeswoman for the Pima County Sheriff’s Department said that the Gutierrez children were “released” Monday through Friday to attend school and that there are “no reported incidents at the school,” adding “they’re reported to be excellent students — good children.” The victims ate breakfast and lunch at their Arizona school and the children never disclosed their horrific conditions.

The authorities went to the home and immediately removed the children. When contacted by Rare, PCSD cited the ongoing investigation and declined to comment further.

The case was disturbingly similar to the “California torture house” in January. In that case, two parents in California kept their 13 children locked away for years before one of the kids escaped and was able to find a police officer. That disturbing scenario captured the attention of the nation as the children were brought out of the house completely malnourished.

The California parents are facing a large string of charges that will almost certainly send them to prison for the rest of their lives.

Editor’s note: This article was originally published on February 21, 2018.

Watch: Parents of a Newborn Were Furious to Find a Video of their Child Being Roughhoused By Nurses