Famed evangelist Billy Graham, who preached to millions around the world, has died at the age of 99 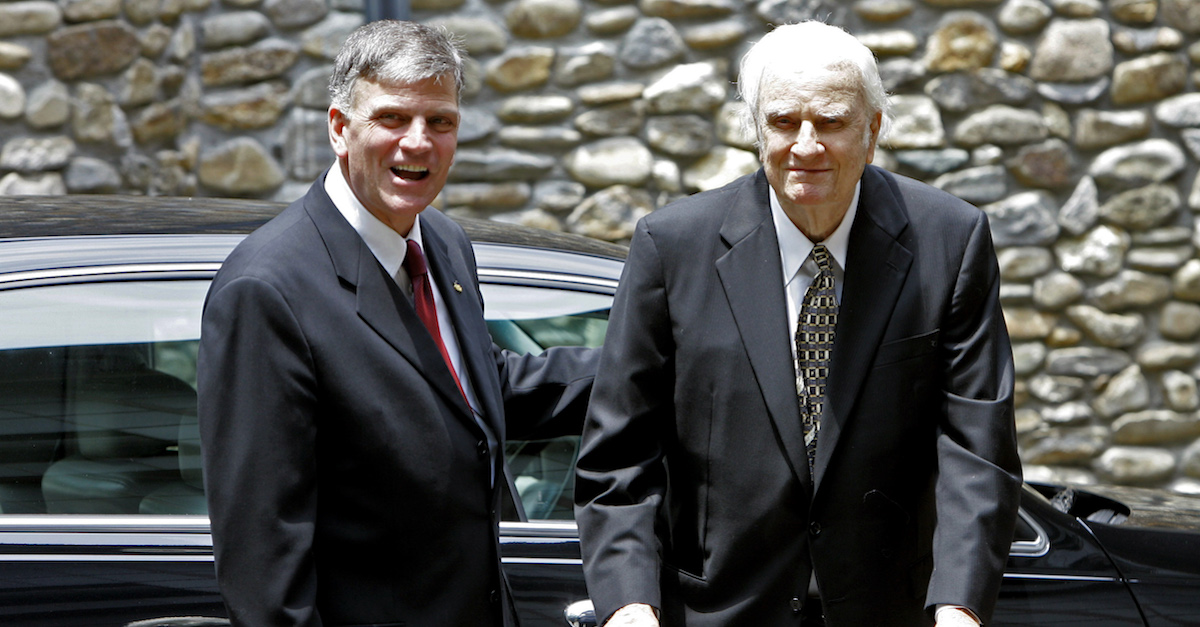 AP Photo/Chuck Burton
**FILE**Billy Graham, right, arrives with his son, Franklin Graham, left, for a memorial service for Ruth Graham in Montreat, N.C., Saturday, June 16, 2007. Billy Graham's work as a pastor to presidents is coming to an end, but he is praying for Barack Obama as the nation's next leader begins his work, Graham's son said Friday on the aging evangelist's 90th birthday. (AP Photo/Chuck Burton)

Famed evangelist Rev. Billy Graham died at his home in North Carolina of natural causes at the age of 99, the Billy Graham Evangelistic Association confirmed on Wednesday.

#BreakingNews: Famed preacher Billy Graham dead at the age of 99. Died this morning in North Carolina.

"He was an extraordinary man." – Joe pic.twitter.com/Fp2cWxhz6b

Billy Graham, 99, thank you for your example. Rest in Peace.

Wow, ABC confirms the death of Billy Graham. The Evangelical minister passed away Wednesday morning from natural causes. He was 99. Rest in peace.

BREAKING: Billy Graham has died according to the Billy Graham Evangelistic Association. pic.twitter.com/u3vSuEImRQ

Billy Graham has just received his reward. What a life he lived! Integrity, character, simplicity, faithfulness. He’s my hero. My most treasured earthly possession is my Bible that he signed when I visited him in his home. pic.twitter.com/NPyAxr5xV5

Spokesman Mark DeMoss says Graham, who long suffered from cancer, pneumonia and other ailments, died at his home in North Carolina on Wednesday morning.

Graham reached more than 200 million through his appearances and millions more through his pioneering use of television and radio. Unlike many traditional evangelists, he abandoned narrow fundamentalism to engage broader society.

Graham was married to his wife Ruth from 1943 until her death in 2007 and they had five children together. Graham is survived by 19 grandchildren, and many great-grand children.