At least five women have come forward with claims that comedian Louis C.K. “crossed a line into sexual misconduct,” according to an explosive New York Times story. Allegations of sexual misconduct against the popular comedian are nothing new, but it seems highly unlikely that he’ll be able to run away from them this time around.

“I’m not going to answer to that stuff, because they’re rumors,” the comedian told the New York Times earlier this year in response to previous allegations. “If you actually participate in a rumor, you make it bigger and you make it real.”

RELATED: Roseanne Barr is making Cosby-like accusations against Louis C.K., and it isn’t the first time

“Well I think that if somebody is assaulting people, I feel that they need to get professional help,” C.K’s former protege Tig Notaro told TIME when asked to comment on the accusations. “I think they also need to certainly acknowledge this to their victims. I think that’s a good place to start. If you’re struggling with any sort of problem as serious as assault, it’s helpful to talk to somebody and turn things around because the behavior needs to stop, and it seems like when things are unchecked, it doesn’t stop.”

Asked to respond to Notaro’s comments, Louis C.K. told the Times: “I don’t know why she said the things she’s said, I really don’t. I don’t think talking about that stuff in the press and having conversations over press lanes is a good idea.”

Prior to the publication of the recent Times piece, organizers pulled the plug on the premiere of C.K.’s controversial new film “I Love You, Daddy,” in which he plays TV writer and producer attempting to stop his teenage daughter (Chloe Grace Moretz) from falling in love with a 68-year-old filmmaker (John Malkovich).

“We’re depicting oxygen-rich people who live in these beautiful apartments and offices saying whatever they want,” a defensive C.K. said of the film — which he also wrote and directed — in an interview with The Hollywood Reporter. “Folks say shit to each other. You can’t think about the audience when you’re making the thing. If you do, you’re not giving them something that came out of your gut. You’ll be making something that you’re like, ‘Is this O.K. for you?'”

C.K.’s scheduled appearance on “The Late Show With Stephen Colbert” was also cancelled. 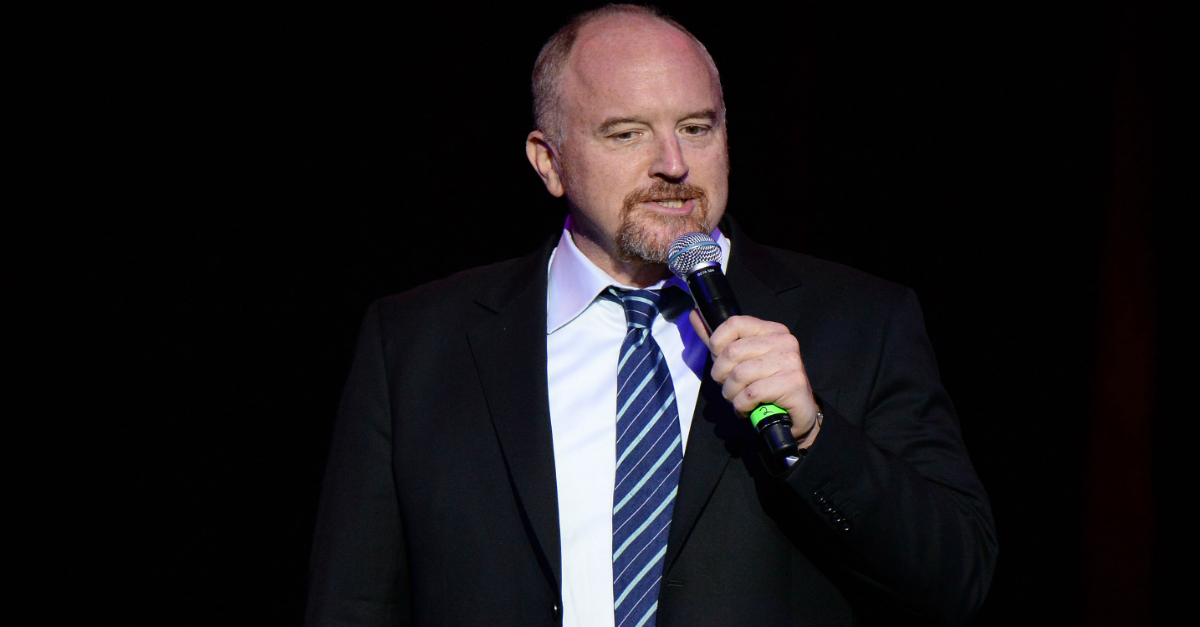