This week, the Justice Department asked for the resignations of 46 United States Attorneys. Preet Bharara, who served the state of New York, did not resign. This afternoon, he tweeted that he had been fired.

I did not resign. Moments ago I was fired. Being the US Attorney in SDNY will forever be the greatest honor of my professional life.

Though he was an Obama appointee, Bharara was seen as a likely candidate to stay under the Trump Administration owing to his tough record on anti-corruption cases. In meetings at Trump Tower on Nov. 30, Bharara told press gathered that he was optimistic about his future under Donald Trump and Jeff Sessions.

RELATED: After Attorney General Jeff Sessions asked for his resignation, one New York attorney is reportedly going to refuse to hand it over

After a meeting with then-President-Elect Donald Trump, Bharara told reporters, “We had a good meeting […] I agreed to stay on.”

In November, he said that Trump, also a New York resident, was sympathetic to his work and agreed with it. He told press:

The president-elect asked, presumably because he’s a New Yorker and is aware of the great work that our office has done over the past seven years, asked to meet with me to discuss whether or not I’d be prepared to stay on as the United States attorney to do the work as we have done it, independently, without fear or favor for the last seven years.

It is not clear yet who has been appointed to succeed him or the other 45 United States Attorneys who resigned. 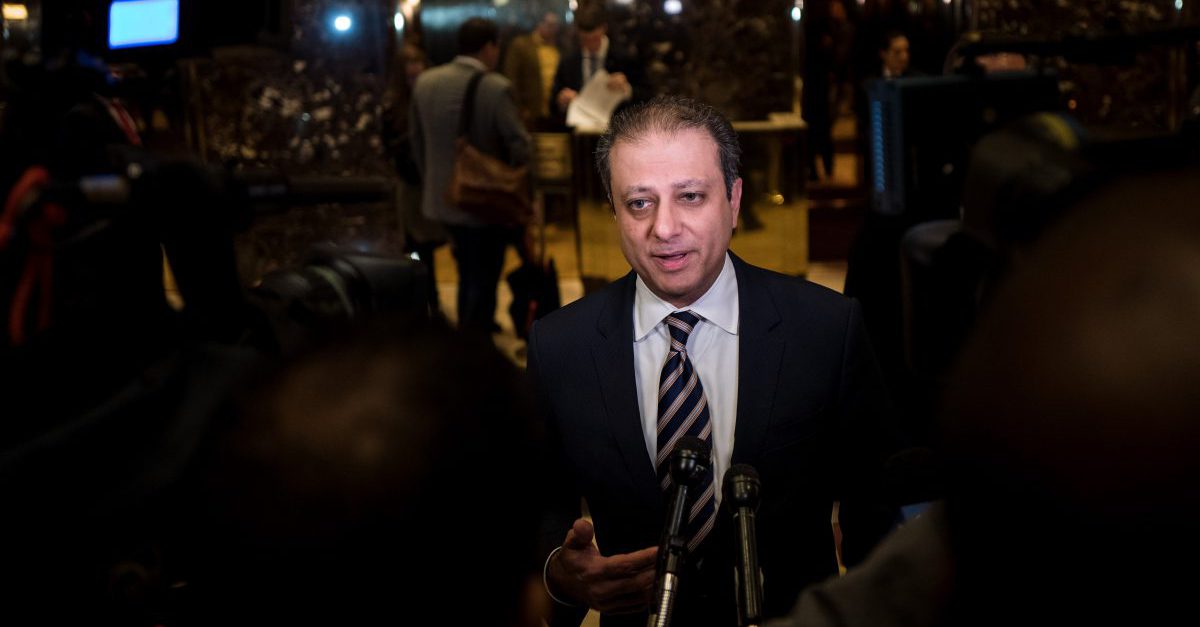