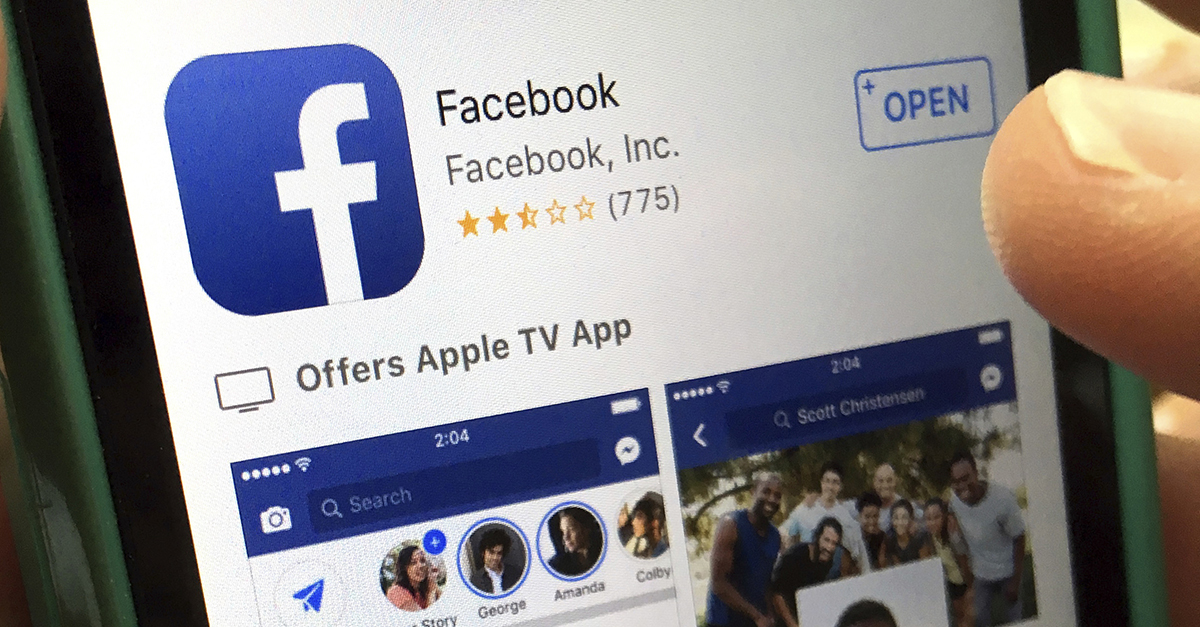 AP Photo/Elise Amendola, File
FILE - In this June 19, 2017, file photo, a user gets ready to launch Facebook on an iPhone, in North Andover, Mass. Seattle Ethics and Elections Commission said in a statement Monday, Feb. 5, 2018, that Facebook is violating city and state laws that require disclosure of who pays for political advertising. (AP Photo/Elise Amendola, File)

While the option to have an “angry” or “sad” reaction to your Facebook friends’ posts is nice, what users have really wanted all this time is a simple “dislike” button — and it looks like the social media platform may finally be giving it to us.

Facebook is currently testing a “downvote” button, effectively creating a counter to the classic “like” button and giving users the opportunity to dislike a friend’s post, according to reports. The test launched on Thursday with many users seeing the option to “downvote” in the comment section of posts.

RELATED: How to take back control of your News Feed after Facebook’s changes

The feature appears to give users the ability to downrank comments and could potentially lead to offensive or inflammatory content being pushed to the bottom of the feed, an interesting possibility given the social media giant has rejected requests for a dislike button in the past “on the grounds that it would sow too much negativity.” Perhaps they were on to something, however, as the downvoting system could also be utilized by users to abuse or bully each other. Either way, the option is sure to have a large effect on the discussions that take place on Facebook, and it’s something users have been asking for for years.

While it’s unclear how widely the dislike button is being tested, word of its existence didn’t take long to spread, and those familiar with similar systems of ranking on other platforms took note. Reddit, for example, has been implementing an upvote/downvote system since its inception.

“Sincerest form of flattery! Wish I’d trademarked it and ‘upvote’ when [I] came up with it,” Reddit co-founder and CEO Alexis Ohanian tweeted on Thursday.

Sincerest form of flattery! Wish I'd trademarked it and “upvote” when came up with it. 😂😂 https://t.co/wJMxILChCV

Facebook’s move comes just under two years after it extended the “like” button to include a variety of “reactions” to better reflect a user’s feelings on certain content.

“We’ve been listening to people and know that there should be more ways to easily and quickly express how something you see in News Feed makes you feel,” the company said at the time. “That’s why today we are launching Reactions, an extension of the Like button, to give you more ways to share your reaction to a post in a quick and easy way.”