Only a week after a passenger was forced to wait for emergency service while her baby overheated on an airplane, the Denver International Airport was the scene of another distressing plane incident. SkyWest Flight 5869, operating as a United Express flight from Aspen, Colo., landed at Denver International Airport (DIA) shortly before one of its engines burst into flames.

Reuters reports that all 59 passengers were safely evacuated from the flight when it landed. Neither the passengers nor the four crew members were injured.

Marissa Snow, a spokeswoman for SkyWest, said that there was no indication of a mechanical issue until the plane landed.

RELATED: Passengers on a Delta flight had to get creative when water kept falling on their laps during a recent flight

Pictures and video of the incident and emergency response were captured by passenger Raiyan Syed:

My flight from Aspen to Denver caught fire on runway after landing. @rabiasquared pic.twitter.com/Etm3j165Qp

Quick and immediate response. first responders on runway. Huge thanks to pilot and crew for helping get passengers off safe. #Denver. pic.twitter.com/ZAlslCTemh

Arriving SkyWest flight 5869 was reported on fire, all passengers evacuated safely with no injuries. Denver Fire is on scene assessing

All runways are now open as investigation into SkyWest fire continues. Other airport operations remain unaffected. 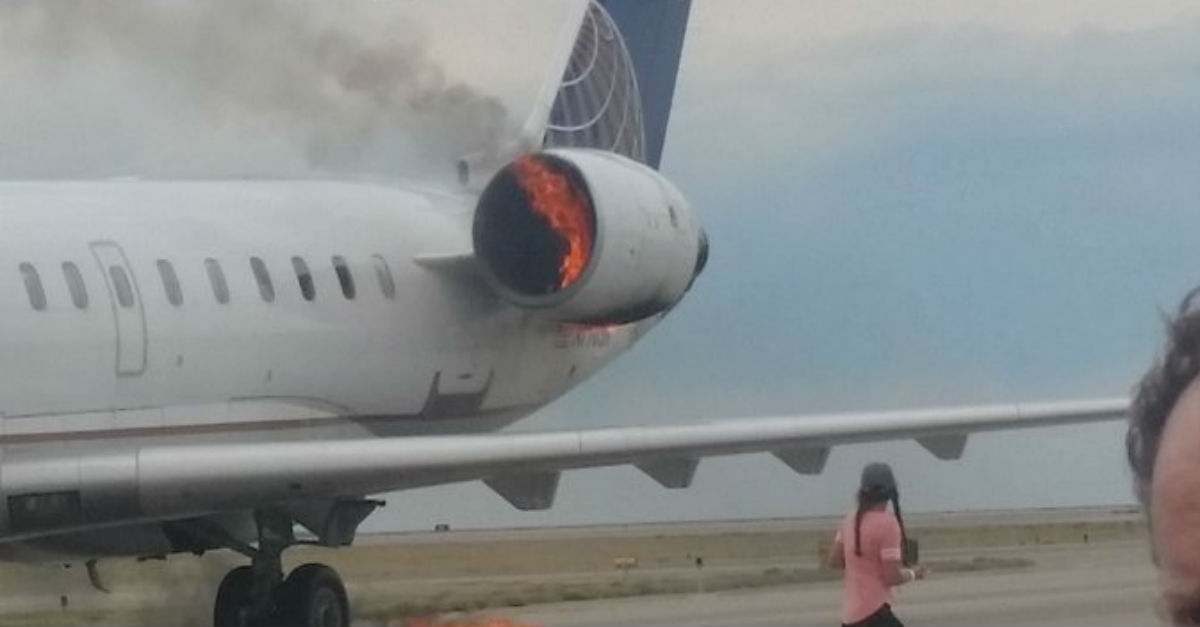