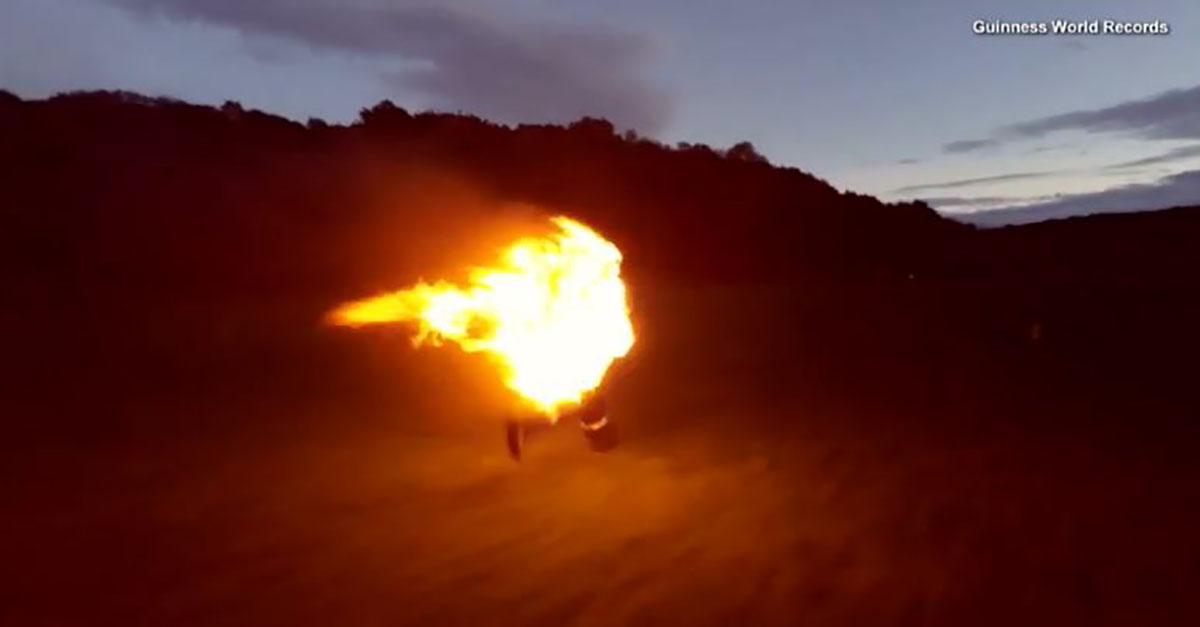 Screenshot/Guiness World Records via Inside Edition

Normal people run away from fire, but this daredevil did just the opposite.

Britain’s Antony Britton broke multiple world records while being on fire. The stuntman recently became the record holder for the “fastest 100 meter sprint” while completely on fire and without oxygen as well as earning the title holder for running the longest distance in the same conditions. Britton ran a total of 205.23 meters, or nearly 700 feet, and clocked his initial sprint at just 24.58 seconds, reported Inside Edition.

“It was very exciting,? Britton told Guinness World Records. ?It is a total adrenaline rush and you can?t think of anything apart from what you?re doing.?

RELATED: A German man carried 29 huge glasses of beer to break his own world record

The stuntman was supported by a professional team equipped with fire extinguishers to keep him from burning too hot — and in case things went wrong.

The adventurer first got the idea for the fiery run when he was asked to do a run for a charity run for Candlelighters, an organization that supports kids with cancer. It was Britton who decided to turn up the heat and set himself ablaze.

“Their response to the whole run was, ?Are you kidding us??? he said. ?This kind of run was a first for them, which kind of made the whole run even more special.”

This isn’t the first time this daredevil has put his body to the test — as an escapologist with 20 years of stunt work under his belt, he’s also been buried alive and jumped off a bridge with chains.

RELATED: Step up to the hot new viral challenge that?s about to sweep the nation