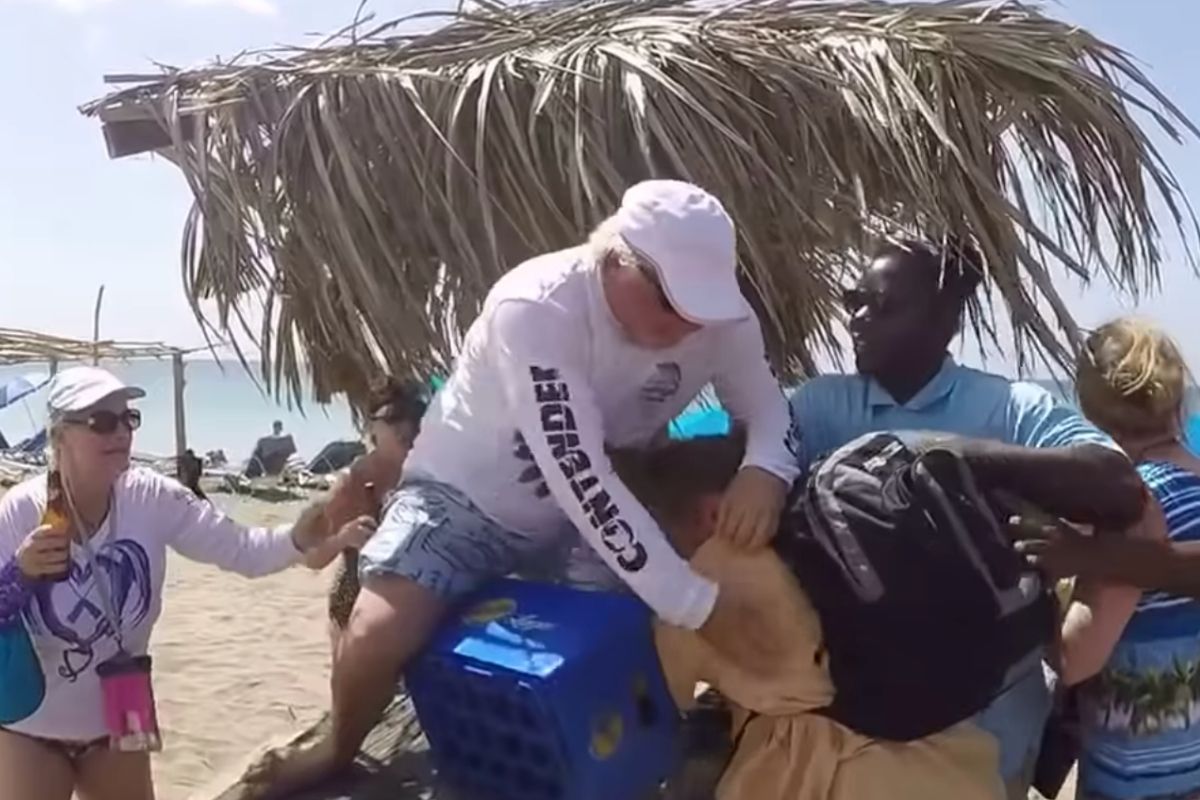 People tend to go on vacation on Caribbean cruises to relax and get away from drama. You get the best beaches with the most white sands, and it’s nice to get out of the mainland of the United States. And with cruises, you can do shore excursions, get to know your tour operators, and snorkel at the different destinations. But a few senior citizens definitely missed the memo on this specific cruise line.

In a wild video posted on YouTube page “Cruise Ship Vacations,” a pair of older men on a cruise ship to St. Kitts and Nevis launched into one another in a fight better suited for a wrestling ring at one of the cruise ports.

The two men can be seen arguing over, according to the video, “two beach chairs and [an] umbrella.” One man angrily tells off the other for overreacting to not getting some of the items. He yells, “You’re f*****g everybody’s s**t up. Just shut up and sit down,” while his challenger accuses him of theft.

When the second man tries to grab a tub of items away from his opponent and dumps a beer from the beach bar into his sparring partner’s lap, all hell breaks loose. One guy hops on top of the picnic table and throws a punch at the other man’s face, and two launch into combat, rolling along the crowd as their female companions yell for them to break up. The battle doesn’t last long, however. Resort security was on hand to quickly separate the unruly pair. A woman can be heard sobbing in the background, while the unnamed camera person laughs about sharing the video footage on email.

According to the YouTube page, the exchange took place in premiere destination spots along the Caribbean Sea, including the St. Kitts beaches and Nevis beaches in the West Indies during October 2017.

These guys will probably want to take another trip- just to escape the footage of their hilariously dramatic brouhaha.

Editor’s note: This article was originally published on December 5, 2017.