Deck the Halls with Bouts of Folly!: Christmas Shopping Exploded into Mall Brawl 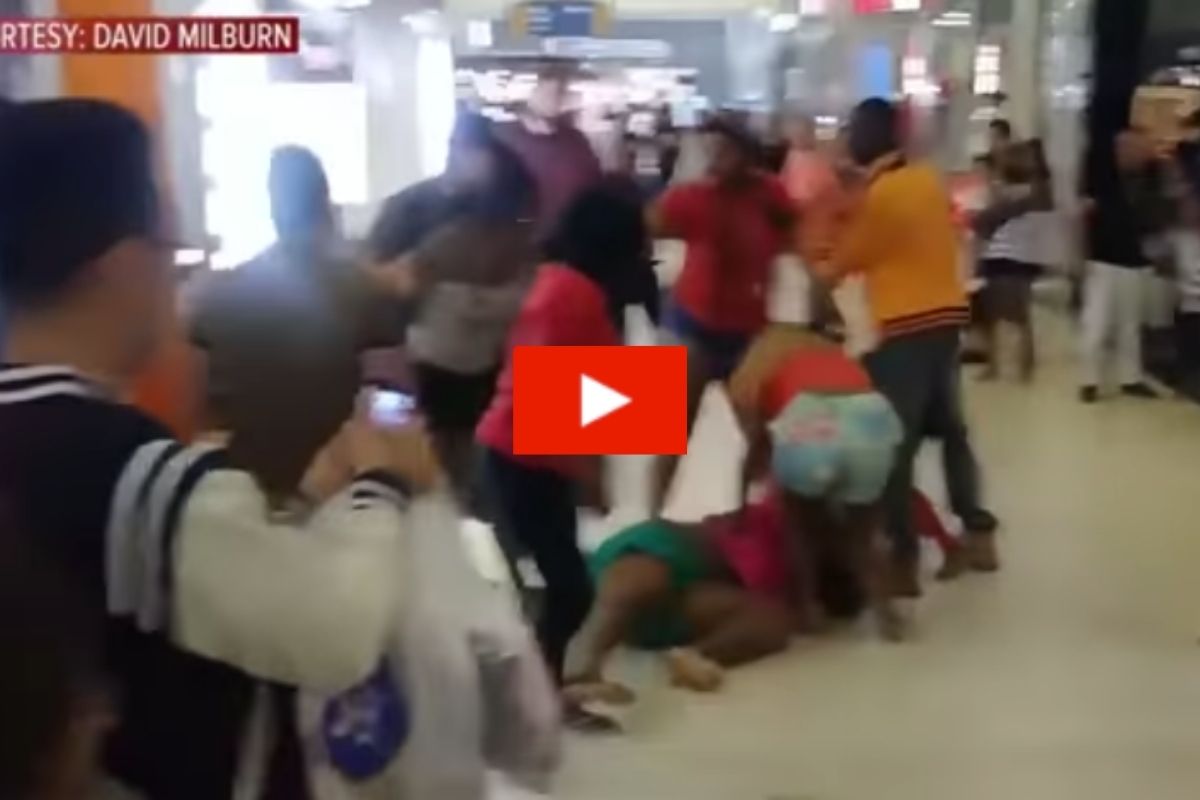 A group at the Edison Mall in Fort Myers, Fla., apparently didn’t get the message on a certain Sunday afternoon. A scary brawl broke out in the Florida mall, reportedly outside the J.C. Penny and Victoria’s Secret Store. Mall shopper David Milburn captured the scene on video and posted it on his Facebook page. He then sent the footage to local news station Fox 4.

Milburn wrote on his Facebook page: “These people were wildin out at the Edison Mall in Fort Myers dudes hitting girls girls hitting dudes babies getting hit that was crazy only in Fort Myers… #Christmasshoppingexcitement.” He has since taken down the video from his Facebook, but the evidence remains.

The viral video shows a group of people, including both men and women, swinging and kicking at each other in this Florida mall brawl. One woman falls to the floor, where she can be seen getting hit and kicked by multiple people. Then a woman pushing a small child in a stroller gets in on the action. As the woman who was being beaten on the floor gets up, the woman with the stroller appears to kick her in the face, igniting a further confrontation between the two.

No one is seen on the fight video trying to step in and break up the crowd. Fox 4 didn’t have much more information until that Monday morning. The station reported that it reached out to mall management to see if they had plans to ratchet up security as the final week of Christmas shopping arrives.

The news station also contacted to the Fort Myers Police Department to see if anybody in the footage had been identified, but they haven’t heard back.

Editor’s note: This article was originally published on December 18, 2017.