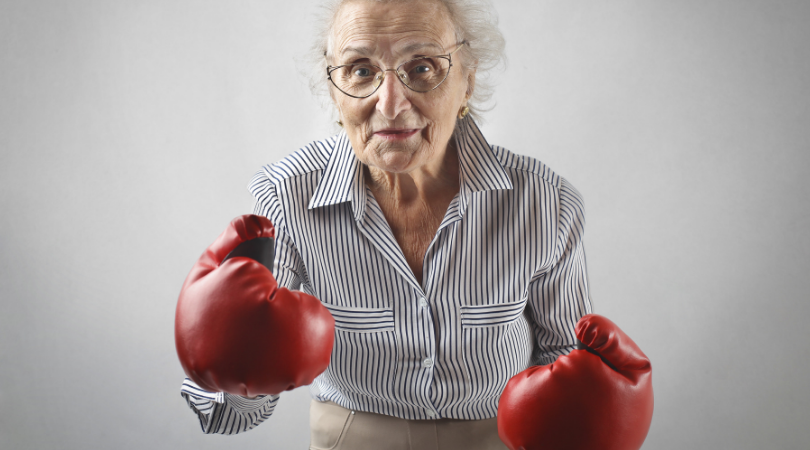 We, in general, often tend to forget that the people living in retirement homes are adults. Adults who’ve lived long, full, eventful lives. Adults who are still alive. So of course those adults are still going to want to drink and screw and fight and love and make friends and be petty idiots. The thing about old people is… that they’re people.

So as rad and hilarious as a nursing home fight sounds — very, if you were wondering — it really shouldn’t be any more surprising than a fight at a school or a bar. When there are people somewhere there’s a decent chance they’ll be pissing each other off.

Either way the mental image of two old Canadian women, aged 79 and 86, coming to blows over BINGO seating, and that fight being so intense that it sucked in the rest of the nursing home, turning activity night into a full-blown brawl, is truly fantastic to behold. There must have been walkers, canes, wigs, and dentures flying everywhere.

Presumably when the police showed up some rookie was like, “Sarge what do we do? Pepper spray? Tasers? Clubs?” and the Sergeant was like, “It’s fine they’ll tire themselves out in a few minutes. We can’t deploy any of the normal stuff though. There’s no such thing as a ‘less-than-lethal’ weapon when the perp is 80. Anything stronger than a pillow is going to put these people into a grave.”

According to police there were no serious injuries suffered in the brawl, because of course there weren’t. The only way anyone was getting hurt in this brawl is if it happened at the top of some stairs.

Still though, the Rideau Lakes Police Department is going to need to release that body cam footage.

This article was originally published on February 8, 2019.