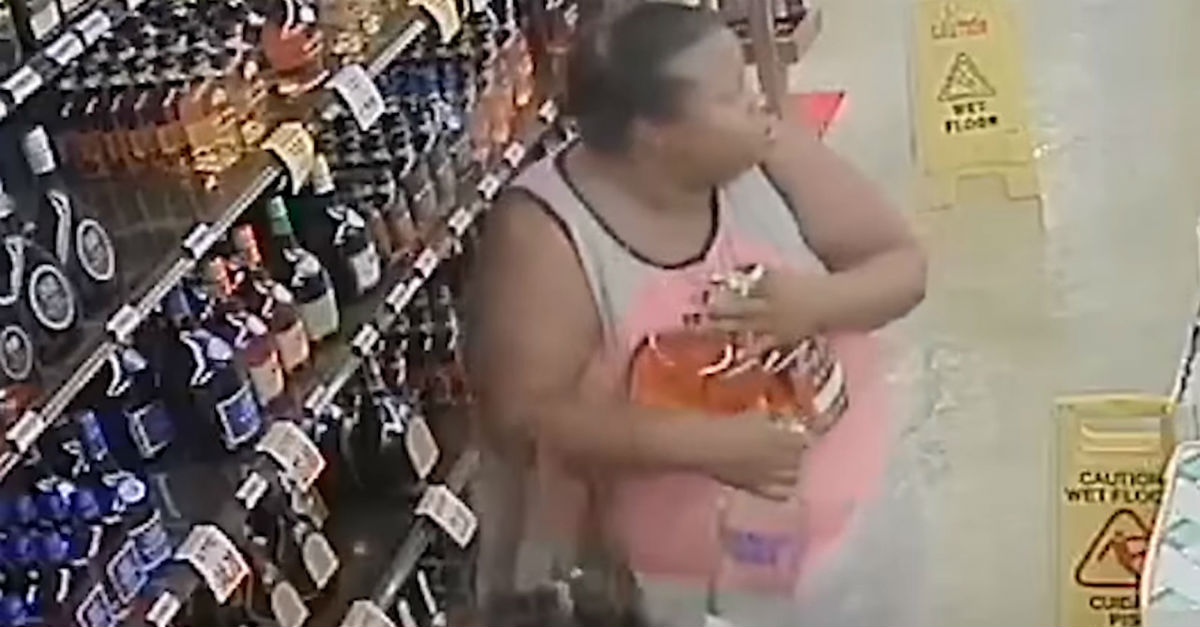 Police are looking for a suspect who stole at least nine bottles of liquor Friday from a Thrifty Liquor in Shreveport, Louisiana.

An unidentified woman can be seen on surveillance video hiding bottles in her purse and under her clothes.

RELATED: A California man proved how hard he?d try to stop his car from being repoed in this video

“She’s just loading liquor up like she’s stockpiling this liquor. I think she paid for one bottle of liquor but she is definitely a thief in the liquor department,” Jim Taliaferro with Crime Stoppers told KTAL.

Anyone with information leading to her arrest will receive 300 dollars from Crime Stoppers. They can be reached at 318-673-7373.