Unsuspecting barista was violently attacked while doing her job, and the scary ordeal was caught on camera 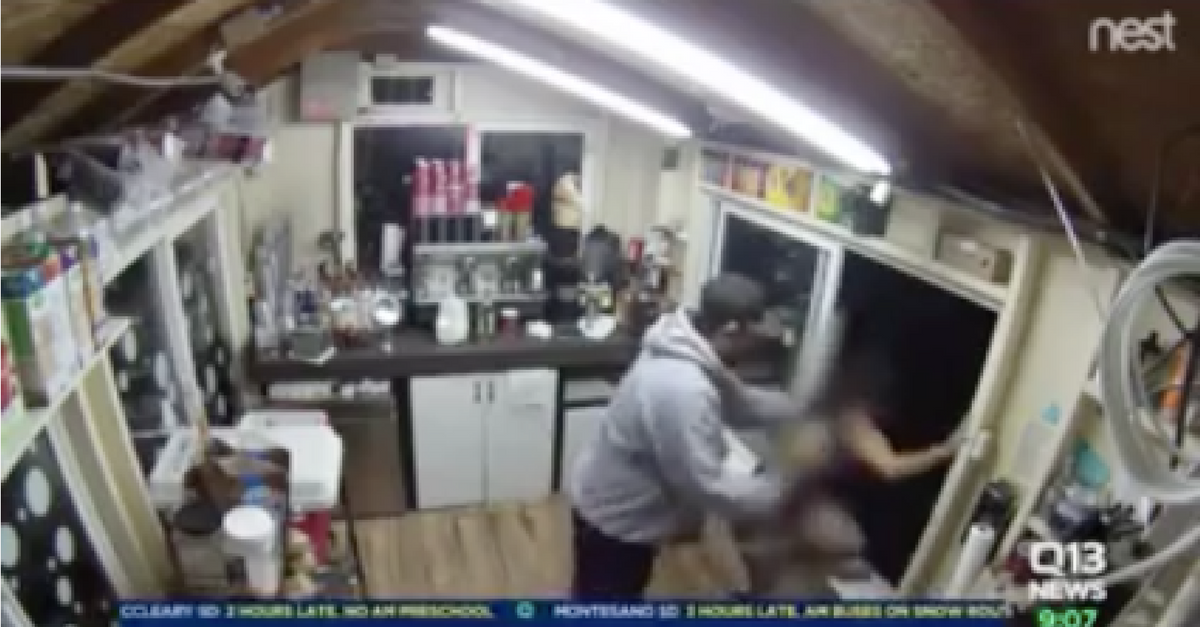 The terrifying moment a man crawled through a Washington coffee stand window and unleashed a violent attack on the barista was captured by surveillance cameras.

According to the barista, the man walked up to the coffee stand window at Hottie Shots Espresso on foot to order a beverage at 4:45 a.m. on Tuesday morning. While she was distracted making the drink, however, the man climbed through the window and held her at knifepoint before forcing her into a dark alleyway near the shop.

“During his attempt to sexually assault her, he was spooked by the vehicle headlights of a customer that pulled into the barista stand drive-through,” Kent Police Department announced.

The barista reportedly fought back, and during that time the headlights of another customer arriving at the shop spooked the assailant. He then fled in a dark sedan with black rims that was seen in the area just prior to the incident. After releasing the video, police later identified the man as a 33-year-old Kent resident with an extensive criminal history on Wednesday. His identity has not yet been released, and he is not yet facing any charges.

“We want to thank everyone that called in and identified this violent offender; our streets are safer because of each of you,” Detective Melanie Robinson said.

Fortunately, the barista, who was treated for cuts and abrasions, felt “shook up, but otherwise in good condition” following the attack.

“The video is shocking to be quite honest with you. To hear her reaction, it’s alarming,” said Detective Melanie Robinson. “He’s a coward if you asked me. Preying on vulnerable women such as this, he’s nothing more than a coward.”

RELATED: When her husband was being brutally assaulted, this gun-toting woman knew just what to do