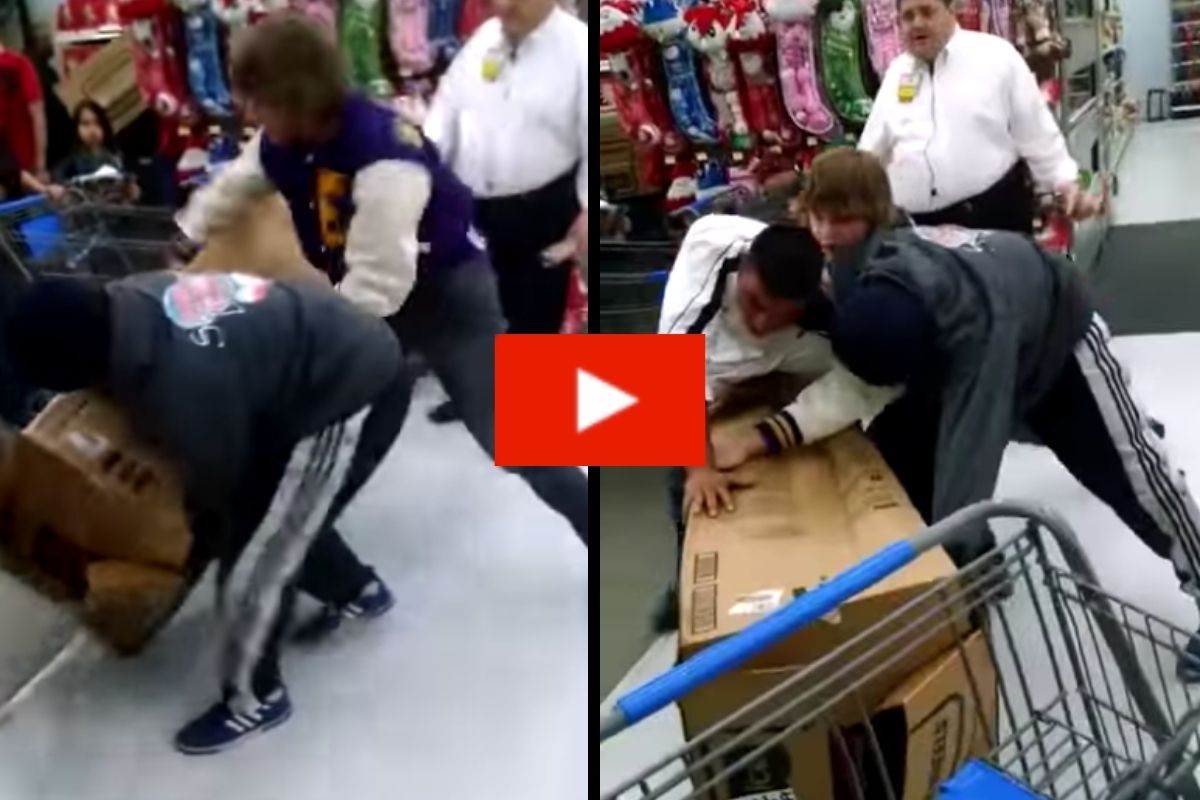 On one fine Black Friday, four adult men found themselves plastered all over the internet after they kicked off their post-Thanksgiving Day by shamelessly fighting each other over a toy car at Walmart– and it was all caught on camera.

In the wild video that went trending, surely each participant was rightfully embarrassed. The men can be seen grappling over a cardboard box containing the car when one of the men seems to get away with it. However, a woman soon convinces him to let it go, and he left the remaining three men to continue to brawl for it.

A nearby employee appears unconcerned with the incident, casually telling them to “give it a rest.” Meanwhile, a bystander mentions, “You?re breaking it.”

One of the three remaining men eventually gives up his stake in the fight, leaving the other two men to each grab a side of the box and attempt to pull it away from the other. Finally, another employee breaks up the embarrassing display and is able to get them to drop the toy, telling them, “Neither one of you get it” while taking the toy away from the childish adults.

This is hilarious. The irony of over-consuming in the name of Black Friday deals and Black Friday shopping for those who are Black Friday shoppers, after a holiday made for sharing and philanthropy is almost too much to handle on an emotional level. It could anger me, or I could make the most of it and just laugh at the ridiculousness of these men absolutely needing to buy their kids a life size Fisher-Price hot wheels. Which, I will judge if you’re that desperate to buy something like that for your kid because your kid wouldn’t be happy with anything else.

Black Friday sales are steals, but there is also Cyber Monday now too. I don’t want to get caught in a middle of Walmart or Best Buy while COVID-19 is at bay. And Amazon will also have amazing deals for holiday shopping, so honestly, what really is the point of stuff like this?