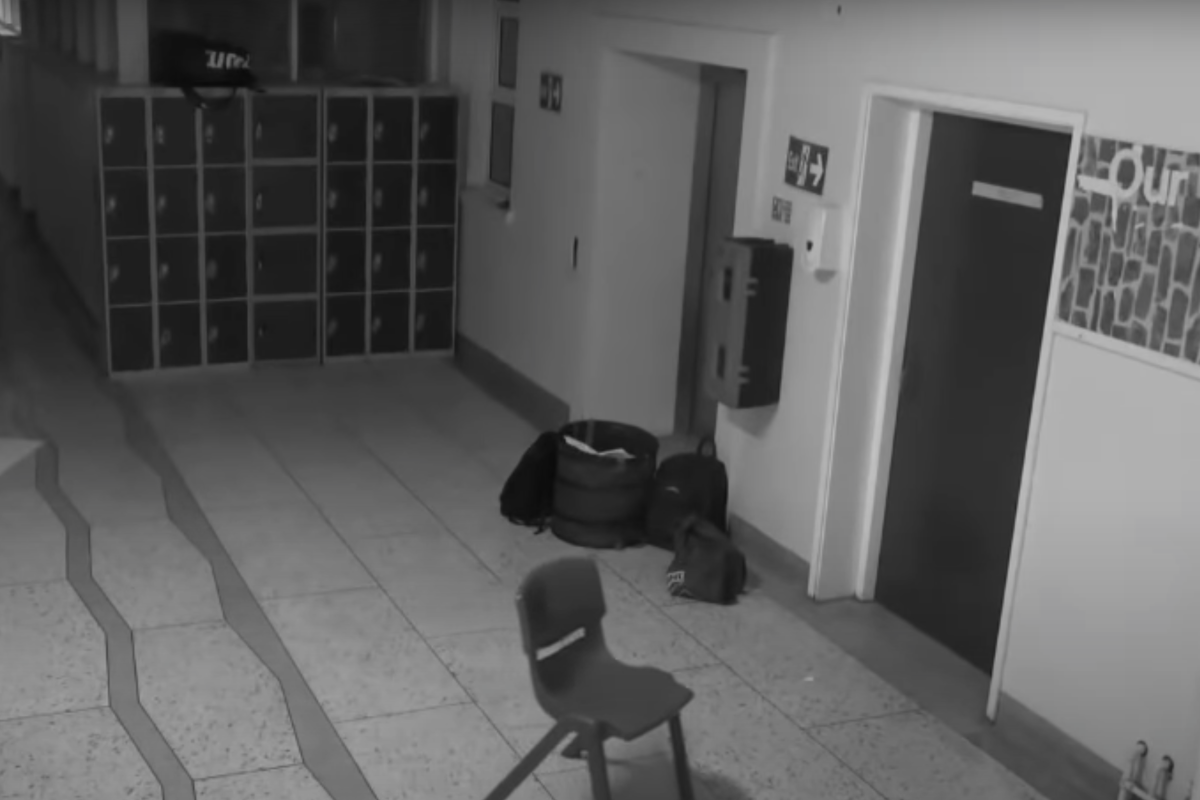 Forget a haunted house, one school in Ireland appears to be in desperate need of an exorcism… or maybe they should just start selling tickets to hang out there after dark for Halloween?

This High School is Definitely Haunted

A security camera at Deerpark CBS in Cork City picked up some strange activity. In the first video, viewers can see a backpack appearing to fall out of a cubby, a poster soaring from the wall and a chair moving halfway across the hall without any human in sight.

If anyone thinks that this looks a little familiar, it’s because this haunted school was already in the news once before. In fact, this is the second time this spooky school found its way into the news for strange security camera footage. It’s especially odd because this doesn’t appear to be an old school. (Maybe it’s built on something?)

This video featured some serious paranormal activity, including a locker flying open and the destruction of a wet floor sign. And while some watched the video in awe of what they were seeing, there were, of course, some skeptics.

“Right before the wet sign was thrown there were quick silhouettes of a person on the door closest to the lockers. It’s fake and the person was photoshopped out,” argued one viewer.

Real or fake, the unbelievable moments can be relived, courtesy of the school.

“We couldn’t understand how this had occurred,” he said. “If it is a prank, it’s very well done.”

“We can’t explain the footage, but we invite people to make up their own minds on Sunday, 29th October — we are holding an event at the school called ‘FearPark,'” Principal Kevin Barry told the Independent, plugging a school event at the time.

We’re not sure we buy this tale of the supernatural. But if one this IS for real, we won’t be enrolling our children here anytime soon. A haunted place seems like a terrible place to study. These are friendly Hogwarts ghosts. Sending your kid to a school where it’s hard to pay attention because the exorcist one room over is being too loud is not ideal. Neither is a ghost sighting while you’re getting changed for gym class. Or paranormal investigators bursting into your chemistry class as you’re working with acid. High school prom stories shouldn’t turn into ghost stories.

This story was originally published November 26, 2017.

Watch: A Couple Snapped a Freaky Photo in the “Haunted” Hotel that Inspired “The Shining”