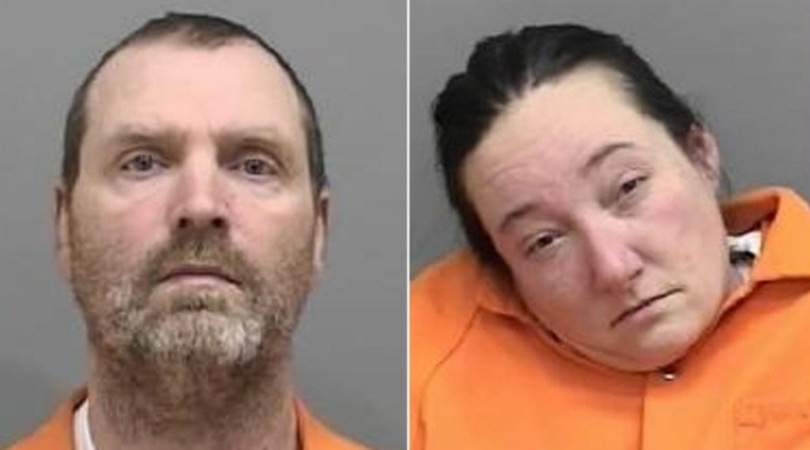 A Wisconsin couple, along with their 16-year-old son, were arrested in the death of a 7-year-old boy who was severely beaten and buried in the snow for not memorizing Bible verses. According to the Manitowoc County Sheriff’s Office, Timothy and Tina Hauschultz and their son were charged for the April 2018 death of Ethan Hauschultz. The medical examiners’ report showed Ethan died from hypothermia and blunt force trauma to the head, abdomen, and chest.

As a punishment, Timothy would allegedly order Ethan to carry a 44-pound log for hours at a time around the family’s snow-covered backyard every time he couldn’t quote the Bible correctly. Ethan weighed a total of 60 pounds, which makes the log two-thirds of his body weight. The teen, who was supervising under his father’s orders, told detectives that during his punishment he hit Ethan 100 times with either a stick or a belt, rolled the log across the 7-year-old chest, stood on his body and head while he was face-down in a puddle, and packed the child under approximately 80 pounds of snow for 20 to 30 minutes.

The 15-year-old told police the child would never wear boots or a coat. He would use a shovel to pile snow on top of Ethan and use the back of the blade to pack it tight around the boy so he “was in his own little coffin of snow.” According to court documents, the couple was not home at the time of the attack. The teenage son often supervised the disciplinary regimes, depending on the weight and distance the 7-year-old was forced to do. The children were not allowed to take breaks longer than five seconds or go inside.

After Ethan’s death, his twin and sister were immediately removed from the home by Child Protection Services.

Editor’s note: This article was originally published on February 4, 2019.