Days after exiting a psychiatric hospital, he did the unthinkable to his parents and girlfriend 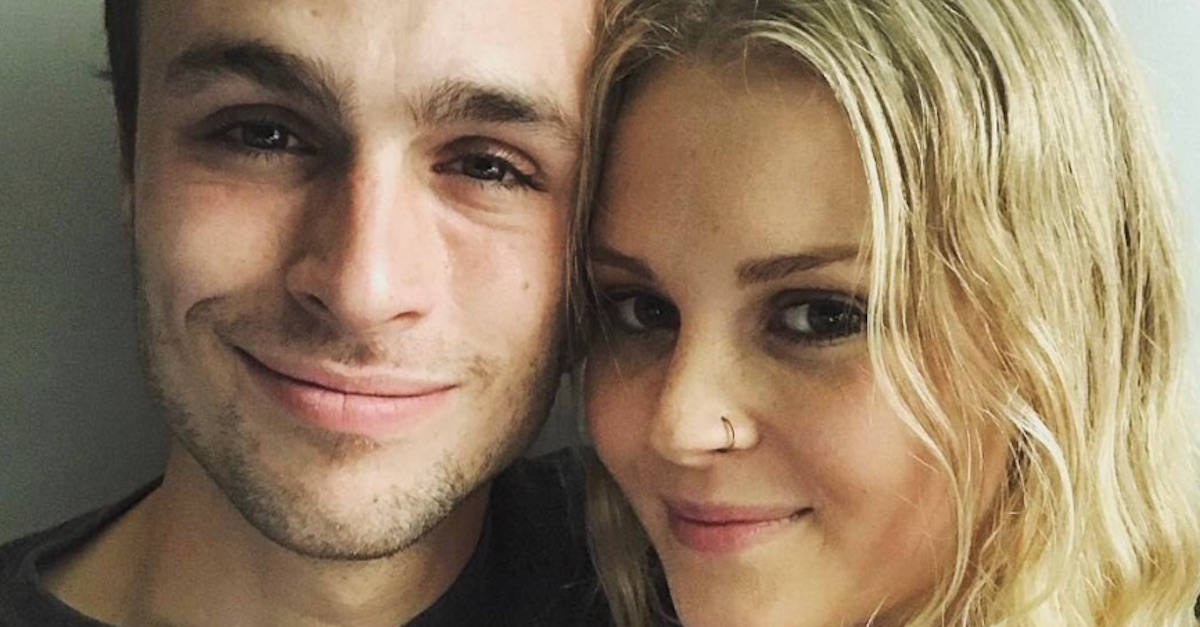 Just days after checking himself out of a psychiatric facility, a 24-year-old Massachusetts man with a history of mental illness and substance abuse stabbed his girlfriend to death, drove to a restaurant and stabbed his parents.

Benjamin Walsh stabbed 20-year-old Olivia Bergstrom more than a dozen times before driving to a family party at Primavera restaurant on Saturday, where he stabbed his mother in the stomach, leaving her in serious condition, Fox 25 Boston reported.

The father, who spoke to Fox 25 after the harrowing episode while still recovering from his injuries, said that his son was clearly “out of his mind” when he showed up at the restaurant and threatened to “kill everyone.”

Heartbreaking. Investigators have identified 20 y/o stabbed to death in Needham apt as Olivia Bergstrom. Police say boyfriend, Benjamin Walsh, expected to be charged in murder. Walsh has also been charged in non-fatal stabbings of his parents #Boston25 pic.twitter.com/0TxkBqluwI

“I know that when Ben realizes what he did last night he will be devastated,” Mike Walsh said.

Photos of Benjamin Walsh in the hospital have since been released.

After allegedly stabbing his girlfriend 20 times in Needham, Benjamin Walsh barged into a Millis restaurant and stabbed his mother in the abdomen, threatening to “kill everyone,” prosecutors said Monday. https://t.co/b5T5hqZcbl pic.twitter.com/7qP4xhR1pr

Benjamin Walsh stabbed his girlfriend in their Needham apartment 20 times, including 13 times in the back, and then continued his rampage at a Millis restaurant, where he attacked his parents, prosecutors said Monday. https://t.co/c9l9zpkcIW pic.twitter.com/ueUvzpio5H

They reveal that his wrists were cut.

Jerry Gaita witnessed the stabbings at the restaurant and described Walsh as appearing to be “on one mission.”

Mike Walsh initially believed he and his wife were the only ones targeted by their son, but he feared the worst for Olivia Bergstrom as soon as he saw news on TV that someone had been stabbed in Needham, where the couple lived.

“My son, my other son, called the Needham Police and asked them to check on Olivia, and we didn’t hear anything else,” Walsh said. “I think I was in the emergency room when I saw on television there was a fatal stabbing in Needham and that’s when I feared it was her.”

Walsh’s attorney Randall Power, the Boston Globe reported, said that the mental health is “going to be a major issue” in this case.

?I don?t think tragedy describes what happened ? it?s way beyond that. His mental health ? or lack thereof ? is going to be a major issue as this case proceeds in a court of law,” he said.

Walsh faces charges of murder, armed assault with intent to murder, assault and battery with a dangerous weapon and resisting arrest.