Two Alabama women were absolutely terrorized by a 14-foot long alligator that knocked them out of their kayaks and refused to let the frightened women get to shore.

Michelle Hartley and her friend were out on Daphne, Ala’s Lake Forest, a small body of fresh water, when an American alligator turned their outdoor outing into a terrifying trap. The gator knocked Hartley out of her kayak and into the water while the pair were out on the water.

Hartley immediately swam to her friend’s kayak and climbed on, but the gator struck again, this time knocking them both into the water with nowhere left to go.

From there the gator stalked and trapped them in the water, refusing to let the women get to shore. Both women admitted they thought they were going to die as they attempted to find a way to swim to shore while keeping the gator in front of them the entire time.

Eventually a woman nearby saw the scene from a balcony and called 911. The fire department arrived and was able to pull both women out of the lake with a rope. Local authorities have said they’d never seen the gator before, and believe it got into the lake through D’Olive Creek after Hurricane Sally hit the Gulf Coast.

Two women say they were terrorized by a large alligator while kayaking on a lake in Alabama.https://t.co/FH5tDHIAWW pic.twitter.com/WU6vto5yOe

Alabama seems like an odd place for an alligator attack but alligator alley runs from North Carolina through South Carolina, Florida, Georgia, Alabama, Mississippi, Louisiana, and Texas. (North Alabama, however, is generally outside the range of the alligators’ habitat. Reports of alligators and alligator sightings are common through the southeastern United States, especially in wetlands and state parks with bodies of water. 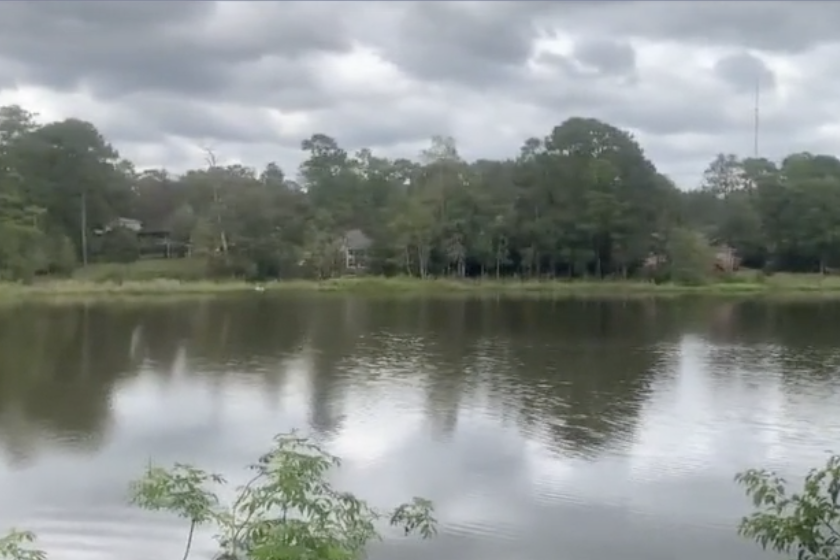