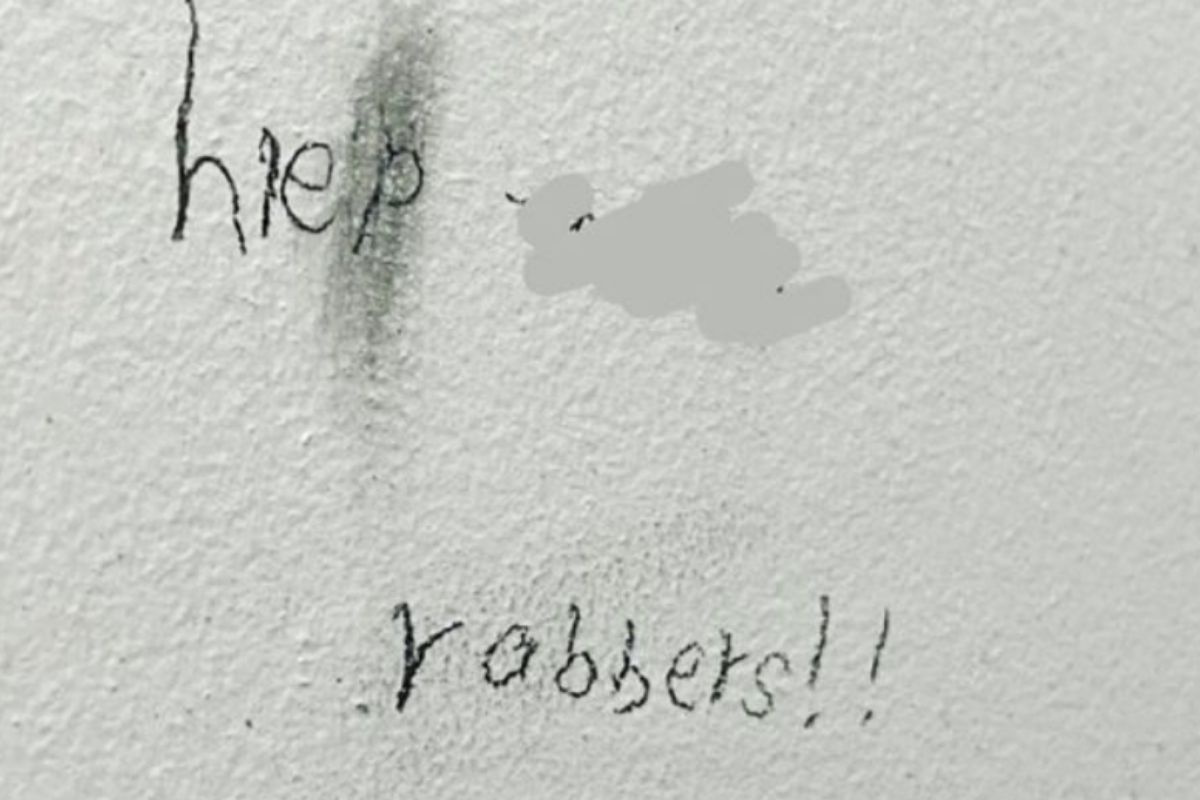 Amidst the recent call to attention to the rising violence against Asian Americans, a terrified 11-year-old girl scribbled a desperate message for help on a bathroom wall as two thieves came and destroyed her cousin’s home. In San Francisco, California, two men forced her into the bathroom while she was attending her online schooling, and she wrote on the bathroom wall in fear she was going to be kidnapped or killed.

Thankfully, she wasn’t hurt during the incident.

The girl, remaining anonymous for safety reasons, had written “help robbers!!” on the bathroom wall along with her name in pencil. Her cousin, also remaining anonymous, had come home to find his home completely ransacked and thousands of foreign currency and cameras stolen. He had started his day visiting a cemetery in Colma when he discovered his car had been broken into. The criminals had taken the car garage remote and had slashed his tires. He then came home to find his home destroyed.

The home’s damage is being repaired, but with the wave of Asian American attacks that have been happening, law enforcement has been warning Asian American families not to keep large amounts of currency at home, especially after the Lunar New Year. The family has a GoFundMe page set up by the man’s daughter-in-law. She wrote, “This gofundme is set up to support the recovery of the victims of this heinous crime. The funds will be given to the families of the 11-year-old victim and Mr. K (my parents-in-law) to pay for a new security system, to cover any expenses they will incur due to the robbery, and to recoup some of the loss. But most importantly, it will allow them to feel the love and support from their community. We thank you for your support. Please be safe out there!”