Do You Remember the Flagpole Sitting Trend? 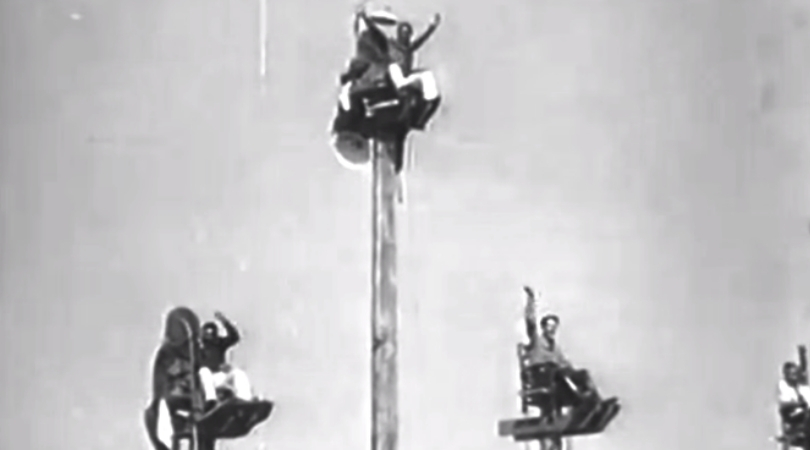 Okay,, I am just going to preface this with a “please do not try at home.” Because well, I really wouldn’t like for you to fall and break a hip or a leg. Introducing Flagpole sitting, which is well, exactly what it sounds like.

Flagpole sitting was a crazy, ridiculous, and dangerous bad trend prior to the Great Depression. Also known as Pole sitting, this whole concept is just the worst. Put it this way, have you ever had one of those ideas late at night that at the moment seem like a fantastic idea?  But when you wake up it suddenly seems very clear why that those ideas were absolute trash? This is what should have happened with this Flagpole sitting trend. Thankfully this fad is long dead.

What is Flagpole Sitting?

Flagpole sitting, like many of the trends during the Great Depression, involves people would sit on top of a flagpole, on a small platform… JUST BECAUSE OTHER PEOPLE WERE DOING IT!  A stuntman and general ‘Jack of all trades’  from New York (who was a boxer, a steelworker and former sailor) named Alvin “Shipwreck” Kelly led the movement into the mid to late ’20s. The legend goes it was a done on a dare the first time. Another story says that it was a paid publicity stunt to gather business for a local theatre in Hollywood in January 1924. He sat for around 13 hours. Having gotten the theatre hefty business, other companies started asking him to share his services with them.

His “services” pulls from an aesthetic column sitting, or in ascetic terms: stylitism. One of the movement’s leaders was a column-sitter who sat on a small platform for 36 years, meaning he basically lived there. Alvin “Shipwreck” Kelly may have been linked to the stylite lifestyle.

“The Luckiest Fool on Earth”

Upon hearing of this trend, women, children, men were now all climbing to the top of the pole nearest to them for a little perch sesh. Some people faired well, others well, they didn’t because it’s not that easy.  An LA woman sat on top of a pole for 3 weeks with no incident, another man sat for 16 days and lost six teeth after a storm accident. So, safe to say it all depended on how well you balanced yourself while on top.

While the amateurs practiced, so did Kelly, always taking it one step further. He completed 80 hours in New Orleans, sat for 45 days in Baltimore on a 60-foot pole, 312 hours on the Newark’s St. Francis Hotel and 22 days and 6 hours outside of New York Madison Square Garden. His greatest perch was in Atlantic City in 1930, where he sat for 20,000 people over the course of 49 days and one hour on a pole that was 225 feet high. This was one of his last shows as the Great Depression set in shortly. Still, he considered himself the “Luckiest fool on Earth”, and sat for a very impressive 20,613 hours! Now that’s something to brag about!