Daughter Pranks Mom, Nearly Gets Her Arrested for Kidnapping 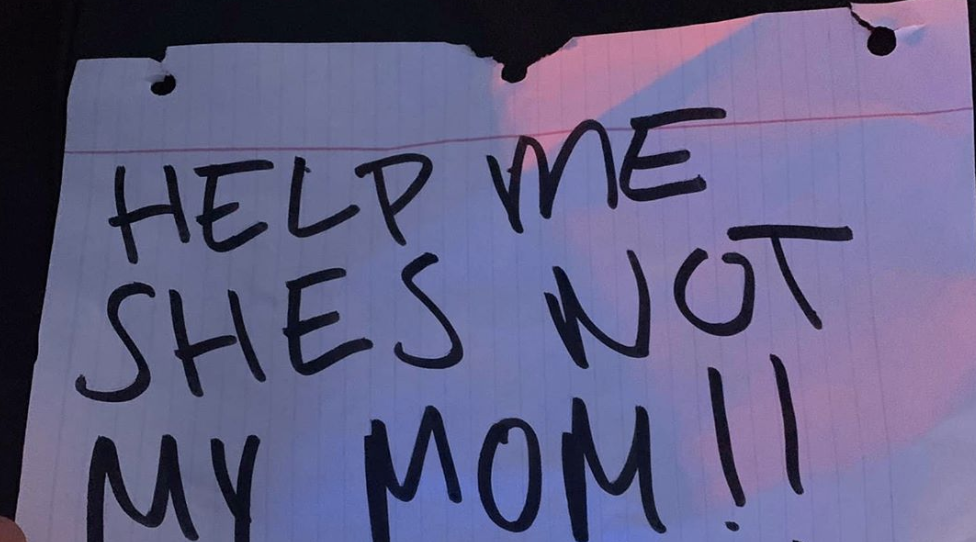 If a kid has an idea they think is hilarious there’s at least a 50 percent chance it’s illegal, dangerous, at the very least wildly unethical. (It still might be hilarious, though.) Such was the case for one California teenager who nearly got her mom arrested for kidnapping thanks an ill-advised but pretty funny, so long as you’re not her mom, prank.

As the mother was driving the kid, sitting in the backseat, held a sign up in the window that read, “HELP ME SHES NOT MY MOM!! HELP!!” Good Samaritan drivers passing the car by called the police and reported the supposed kidnapping. It wasn’t long before California Highway Patrol troopers caught up with the mom’s car and pulled it over to make sure that, you know, an actual kidnapping wasn’t happening.

The California Highway Patrol – South Sacramento division posted a picture of the sign as well as a rundown of the events to their Facebook page.

At approximately 5:02 pm, our officers received a call of a vehicle traveling on southbound SR-99 at Dillard Road with a female juvenile in the back seat holding up a piece of paper asking for help. Two of our motor officers responded as well as a K-9 unit from CHP – Valley Division and located the vehicle on SR-99 at 8 Mile Road in Stockton. A high risk enforcement stop was made on the vehicle with the assistance of CHP – Stockton personnel and the vehicle immediately yielded to the right shoulder of the freeway. The driver was contacted and it was determined that the juvenile had made it all up and thought it was a fun thing to do. The mother was unaware of what her daughter was doing and after it was determined that there was no foul play, the mother and daughter were allowed to leave the scene.

This is a reminder that parents need to be aware of what their children are doing in the back seat at all times. Six CHP units were assigned to this call instead of responding to legitimate calls or patrolling their beats because of this hoax. #notfunny #beawareofyourkids #252motorsquad #why?

Yeah, so, this girl is grounded for eternity. That’s what happens when you play a prank that ends with your mom’s car being swarmed by cops and a (probably terrifying) police K-9 ready for action.

This story was originally published January 15, 2020.