In the past 14 months, there have been three instances of cows rampaging around on the streets of New York. NBC reported that police are unsure where the cow escaped from but that “police confirmed they were looking for the animal in the Jamaica section and had been since at least 10 a.m.” On the last two occasions (January and April of 2016), the cows escaped from slaughterhouses.

RELATED: When an Australian restaurant received an unexpected visitor, a waitress went above and beyond her job description

Unsurprisingly, the cows have completely disturbed the urban neighborhoods when they have stopped by, and things have taken a turn for the more extreme. Local reporters have been keeping tabs on the situation and posting to Twitter with hilarious GIFs.

The cow can not be stopped by conventional methods! #MadCow2017 https://t.co/lvm4i72Jlf

RELATED: 3 cows are stranded on a grass island after a New Zealand earthquake

This guy just tried to grab the cow! pic.twitter.com/aNx9uysc29

NBC reported that when the cow finally got tired and laid down on the road at 12:15 p.m., police were still unable to capture the animal. The continuously tried to block off the creature but were consistently thwarted. If these incidents continue occurring so frequently, the NYPD may have to start a force dedicated solely for catching bovine trespassers. 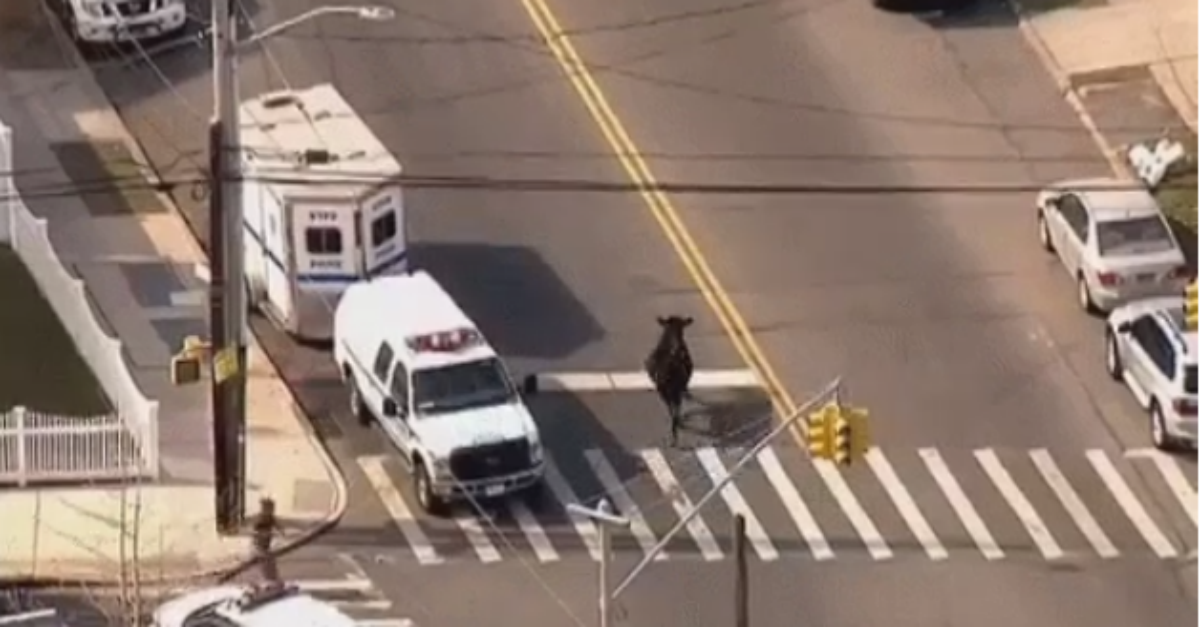