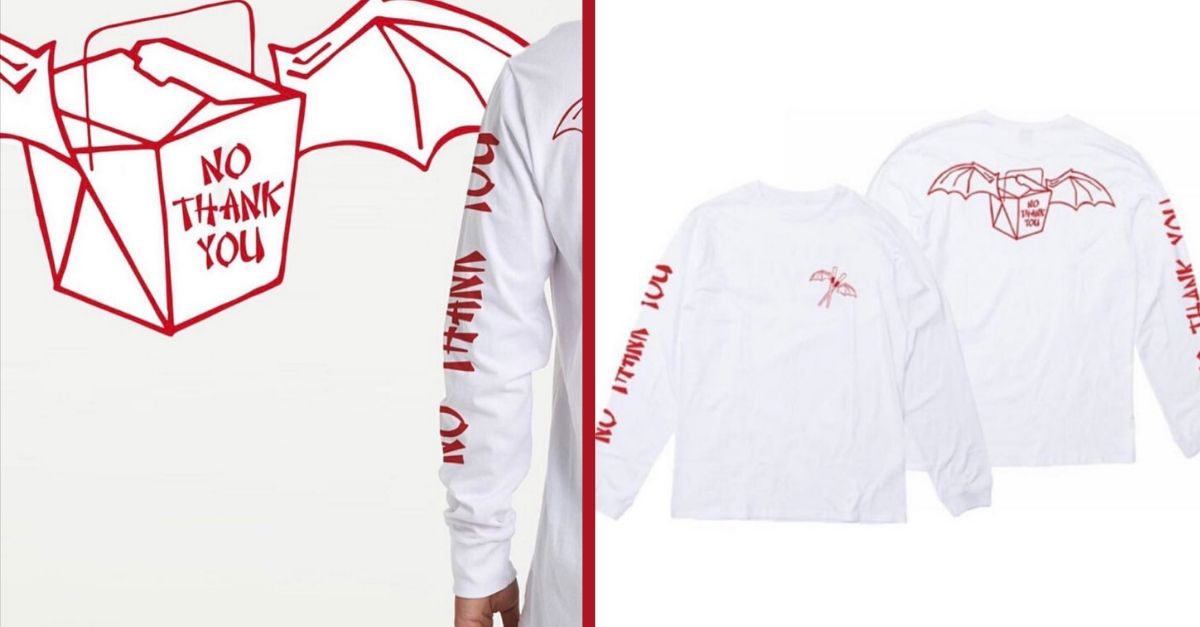 This well-known fitness apparel brand is losing severely in the midst of the coronavirus pandemic, and they only have their own employees to blame. Lululemon Athletica, popularly known to sell high-end, expensive fitness apparel, is doing some major back-tracking, after apologizing for an offensive t-shirt with racial slurs against Asian Americans that isn’t even on their fashion line.

Lululemon’s now-former art director, Trevor Fleming, posted the shirt on his recently deleted Instagram account. It is not affiliated with Lululemon, but with his position at such a popular company, the fitness brand was immediately associated. Soon enough, calls to boycott Lululemon in the fight against racism towards Asian Americans became trending, and the company quickly moved to correct the issue. So what did the shirt say?

@lululemon Shame on you for trying to profit off xenophobia during these very tough times, continuing to spread misinformation & spur fear with this tasteless shirt! #covid19 #Xenophobia #Hateisavirus #boycottlululemon pic.twitter.com/7MGzGsRhjq

California artist Jess Sluder designed the shirt, with an image of bat wings coming out of a rice box mimicked to look like a typical Chinese takeout. On the front of the box is written “no thank you” and couldn’t be the most obvious racist t-shirt design. Sluder, who is not an employee of Lululemon, had written, “Where did COVID-19 come from? Nothing is certain, but we know a bat was involved,” along with hashtags #batfriedrice and #humornothate. The t-shirts were selling at $60 a pop.

Now how did Lululemon become involved? Trevor Fleming put the link to buy the t-shirt in his Instagram bio, promoting the sale of it. If you didn’t catch the racist part, this “bat friend rice” t-shirt implied staying away from Chinese takeout boxes or Asian Americans in general because of the stories on how the coronavirus began. And although Fleming apologized for advertising the shirt, it only adds to the rising racist acts against Asian Americans since the pandemic started.

Since Sluder and Fleming used social media to promote this awful t-shirt, social media then did its part in spreading the word on boycotting Lululemon. Although Lululemon apologized, took action in firing Fleming (they have not released a specific reason for letting Fleming go), and reiterated in a public apology that they are not a racist or discriminatory company, unfortunately this is not the first time an employee of theirs has committed racist actions, especially against Asian Americans.

There have been 100+ daily attacks on Asian Americans since the start of #COVID19. To see people adding to the hurt & racism hurts my heart. I hope someone picks up this story and these individuals take responsibility. I am more proud than ever to be part of the AA community. ✊🏼 pic.twitter.com/nWy9WJeMVE

Lululemon’s founder, Chip Wilson, who stepped down from the company’s board of directors in 2015 and was advised to keep from making public comments, revealed the origins behind coming up with the name of the brand. By including the letter “L,” Japanese consumers would think of the brand as “innately North American and authentic” because there is no “L” sound in Japanese phonetics.

“It’s funny to watch them try and say it,” Wilson continued, as if what he had just said wasn’t already racist enough. It’s no wonder Asian Americans feel some type of way towards Lululemon, hearing that from its own founder. Maybe we can try to not associate such a massive company with two racist employees, but with the positions they held, it’s hard not to.

Maybe the fitness apparel brand needs to screen its employees better, actually using Lululemon products to promote better concepts. This is not what the world needs more of against COVID-19.

Watch: Racist Woman Yells at Asian Drugstore Staff For “Speaking Chinese” in Front of Her