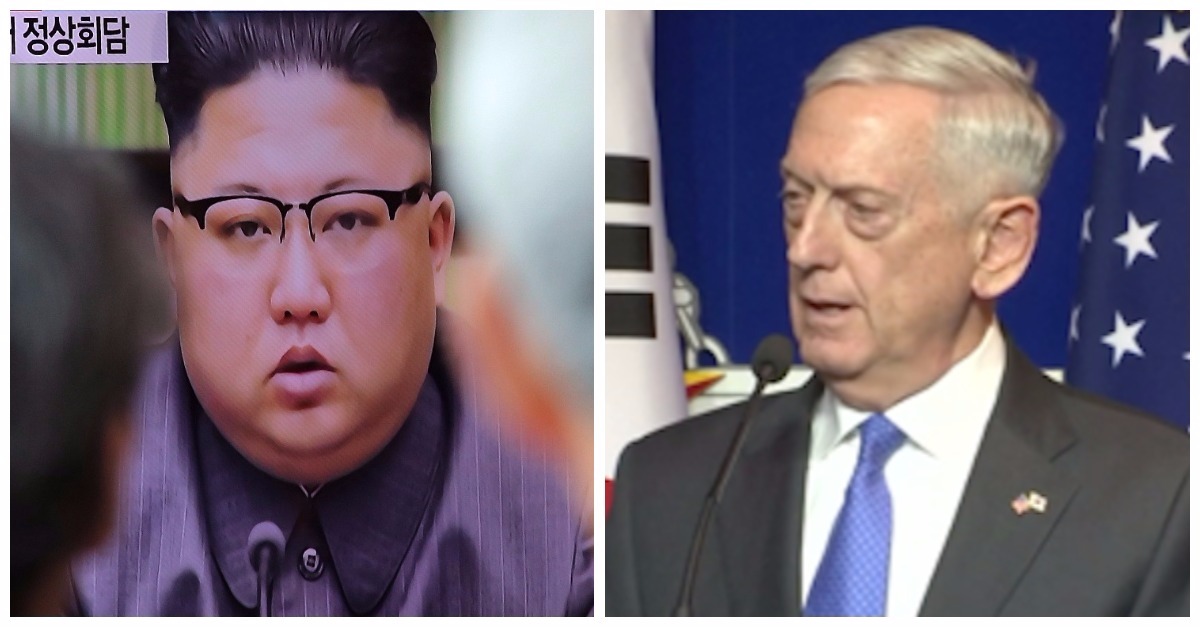 Defense Secretary James Mattis said on Saturday, during remarks in Seoul, South Korea, that North Korea, under the rule of Kim Jong-un, has engaged in “outlaw” behavior and that the line in the sand has been drawn for North Korea becoming a nuclear power.

Standing alongside South Korean Defense Minister Song Young-moo, Mattis said that he cannot imagine a scenario where the United States will allow Kim Jong-un to helm a nuclear power.

He also said that North Korea has “accelerated” the threat through “illegal and unnecessary missile and nuclear weapons programs,” not just to its geographical neighbors but to the whole world.

?North Korea has accelerated the threat that it poses to its neighbors and the world through its illegal and unnecessary missile and nuclear weapons programs,? he said. ?I cannot imagine a condition under which the United States would accept North Korea as a nuclear power.”

Mattis followed this by saying that any attack on the U.S. or its allies, such as South Korea, will be met with an “effective and overwhelming” response.

“[M]ake no mistake ? any attack on the United States or our allies will be defeated, and any use of nuclear weapons by the North will be met with a massive military response that is effective and overwhelming,” he said.