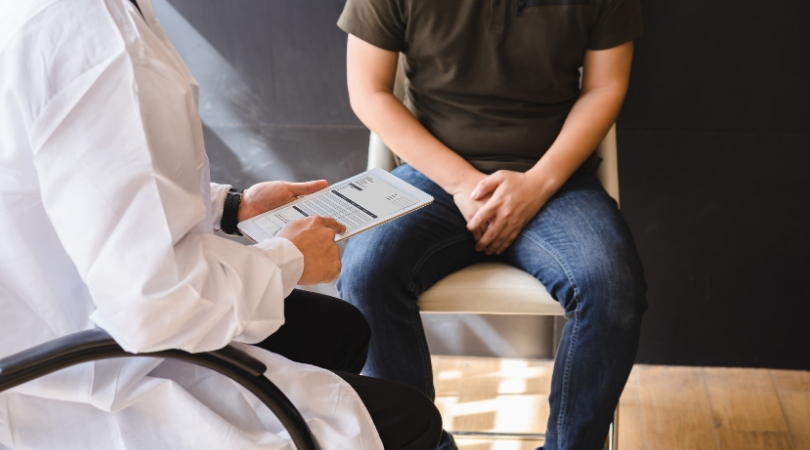 Women, time to rejoice! It looks like our birth control prayers have been answered. It’s time for men to suffer all those symptoms that we go through every day. Gone are the worries of taking your contraceptive pill at the same time daily, making sure you don’t miss it by two-minute in fear you will get pregnant. Or going through the painful and complicated process of getting an IUD or birth control shot that messes with your hormones.

Turns out there may be another contraceptive method real soon…for men! The Indian Council of Medical Research announced that they have successfully completed a clinical trial of the world’s first injectable male contraceptive and could be available for mass production in only six months!

The contraceptive is designed as a replacement for surgical vasectomy, which is the only male sterilisation method available in the world.

According to Hindustan Times, the contraceptive is effective for a whopping 13 years and is supposed to be a “replacement for a surgical vasectomy.” Currently, surgical vasectomies are the only male sterilization method that is available in the world and this new method is one through an injection to the…uh…genitals.

ICMR sent the results over to the Drug Controller General of India and is now waiting for the green light, hoping to be approved. Dr. RS Sharma, senior scientist with ICS who is leading the research, stated that the product is indeed ready, with only regulatory approvals pending with the Drugs Controller. She noted, “The trials are over, including extended, phase 3 clinical trials for which 303 candidates were recruited with 97.3% success rate and no reported side-effects. The product can safely be called the world?s first male contraceptive.”

This will be the first birth control available for men, as other male birth controls are still under development. There was previously another male contraceptive showing promise in 2016 but was quickly stopped after it produced “several side effects” such as mood changes and acne. Yes, the horror, the shame. If you could only see me rolling my eyes right now. Why? Because well, these side effects are just 10% of what females experience on female contraceptives every day. So dumb.

Throwing a male birth control party during first launch, who’s with me?? https://t.co/O3vxtd9Akr

Still, this male contraception is said to be injected under local in anesthesia and described as a polymer gel, which is known as a reversible inhibition of sperm under guidance “made of a compound called Styrene Maleic Anhydride. A registered medical professional will inject it at the sperm containing tube near the male’s testicles and the “polymer will block the tube so no sperm is delivered to the penis.”

The polymer has been heavily researched through clinical studies and developed since the 1970s. Effects will slowly wear off after 13 years. Still, it’s important to note that this is still under development which is why experts want to make sure that it’s “good quality” and is waiting for all approvals to be granted before they can begin to mass manufacture it. Which will likely take around six to seven months before it is approved.

So, what do you think? Would you try it?