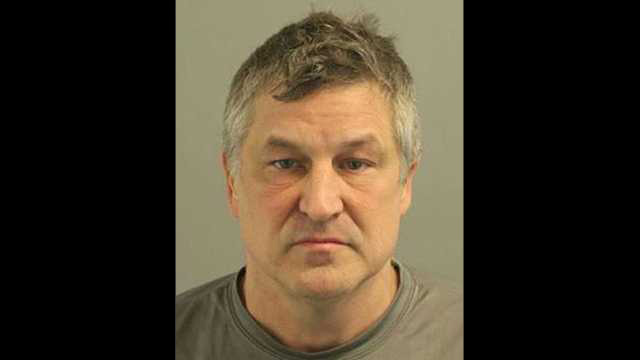 A Maryland woman may have been stabbed by a man with a syringe filled with semen, according to Anne Arundel County police, though they are unsure at this time.

The victim, Katie Peters, was definitely stabbed with a syringe by 51-year-old Thomas Bryon Stemen, and police did find syringes filled with semen in Stemen’s car, though they aren’t sure at this time if a semen filled syringe is what was used to stab Peters.

Police say it was an anonymous tip that led them to arrest Stemen. During his arrest police found a syringe full of some sort of liquid in the driver’s side door of his car. Peters said that while she was in a grocery cart return area she felt what she thought was a cigarette being put out on her. When she turned and saw Stemen he allegedly said to her, “It felt like a bee sting didn’t it?”

Stemen is being held without bail on charges of first and second-degree assault and reckless endangerment. Authorities also believe Stemen may be responsible for other similar assaults.

1. Not setting bail for this guy feels like a great call.

2. I think I have a habit of focusing on the wrong things too often with stories like these. Really, injecting strangers with (presumably your own but really any) semen is insane and unfathomably creepy. Creepier than living in someone’s closet unbeknownst to them. Creepier than making a hair doll out of their hair. Still, the part of this story that makes me shudder the most is Stemen saying to Peters, “It felt like a bee sting didn’t it?” after he stabbed her with (probably) semen.

Imagining him during that exchange might haunt my nightmares forever, let alone the victim’s.

This story was originally published March 2, 2020.

Watch: A Guy Got Sick From Injecting His Own Semen into Himself to Help With Back Pain