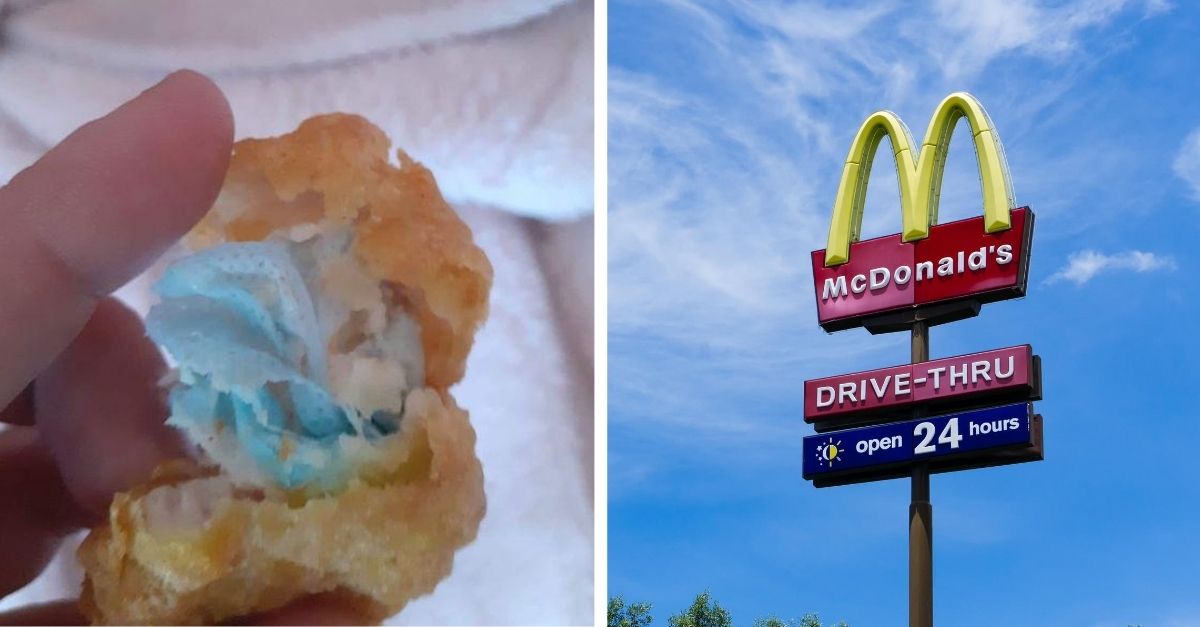 In today’s highly gross story of the day, a mom was not McLovin it after her six-year-old daughter choked on a piece of a face mask that she claims was baked inside her McDonald’s chicken nuggets. Yes, so gross, this is why I try to avoid that place at all cost.

According to the mom, who shared her story in a now-deleted Facebook post detailing the incident, she stated, “I thought, ‘What on earth is this? We have just come out of a pandemic and there is a face mask in my child’s chicken nugget!” According to Hampshire live, 32-year-old Laura Arber took three of her children to McDonald’s for dinner as a special treat. However, the Happy Meal turned out to be anything but yummy after her daughter Maddie began choking while sitting on the couch.

The mom then reportedly put her fingers down her throat to loop it out as the toddler was blue from not being able to breathe. The distraught mom claims that she has found fragments of a disposable blue face mask in two other chicken nuggets. The personal protective equipment, also known as PPE, was apparently cooked into the chicken nugget like it was part of the mixture.

A $5 refund for feeding customers mask nuggets? Way to go recognising the real issue here is not the price of dinner.

The mom said that she quickly went back to the Ronald Mcdonald House to talk to the managers complaining about the Mcdonald’s chicken nuggets, claiming that they had refused to apologize and kept serving them. The fast-food joint has since released a statement claiming that staffers did indeed apologize, and offered a full refund to the mom and asked her to return the affected product so they can further investigate the matter. Through a statement, a McDonald’s spokesperson added, “We are very sorry to hear about this customer’s experience. Food safety is of the utmost importance to us and we place great emphasis on quality control, following rigorous standards to avoid any imperfections.”

I guess this is a lesson for us all to always double-check before we eat something from a fast-food branch. Also, please throw your damn mask where it supposed to go, inside the trash can. You can’t imagine how many face masks I have seen just roaming around the floor lately. This ain’t your mama’s house, clean up after yourself people. Also, maybe makes sure there aren’t any masks anywhere near food items. Unless you want a big hefty lawsuit.

Watch: McDonald’s Worker Posts Pictures of Just How Gross the McFlurry Machine Can Get