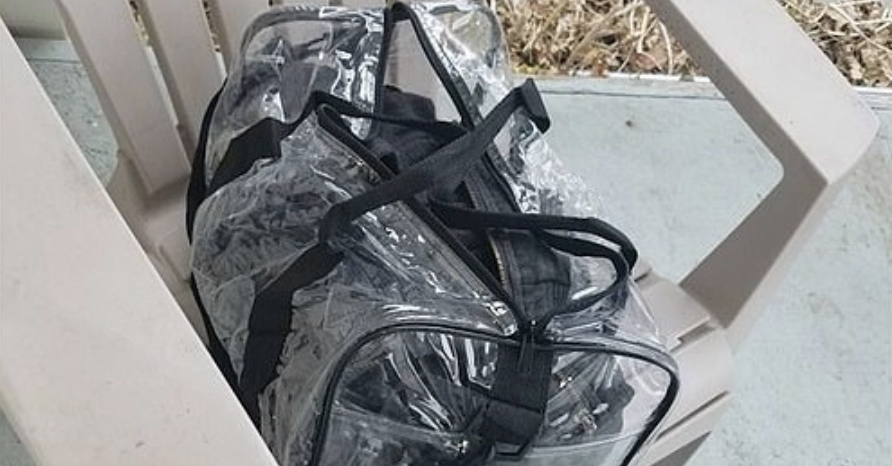 Omaha, Nebraska police are searching for a mother who abandoned her newborn baby boy on a stranger’s porch, wrapped in a sweater, and with the umbilical cord still attached.

Vicente Cruz says his wife Reyna saw a woman in a hoodie and carrying a bag walk slowly up to their front porch just before noon on Monday. The couple says the mysterious woman left the bag on their porch and then scurried back to the car — a black two-door Pontiac with tinted windows — she got out of, which then sped away. The woman had a hoodie pulled over her face the entire time.

Reyna Cruz went out to the porch to see what was left by the woman and found the clear plastic duffel bag, which she said was moving. Inside the bag, she and her husband found the abandoned baby, which was covered in blood and still had its umbilical cord attached as if the baby had just been delivered not long before it was abandoned.

The Cruzes, who have three children of their own, say that upon seeing the baby in the bag they started to cry, wondering who would leave their baby like that. They immediately called 911 and paramedics arrived soon after.

An ambulance took the baby to the hospital where doctors determined it was healthy and unhurt.

Omaha authorities are now searching for what they describe as a Hispanic woman in her 20s who they believe to be the mother. They say they are worried about the woman’s health and well-being.

Nebraska Safe Haven laws allow mothers to essentially drop off (or leave) a newborn less than 30 days old at a hospital without any fear of prosecution, however, it is illegal to leave a newborn baby somewhere like, say, a random family’s front porch.