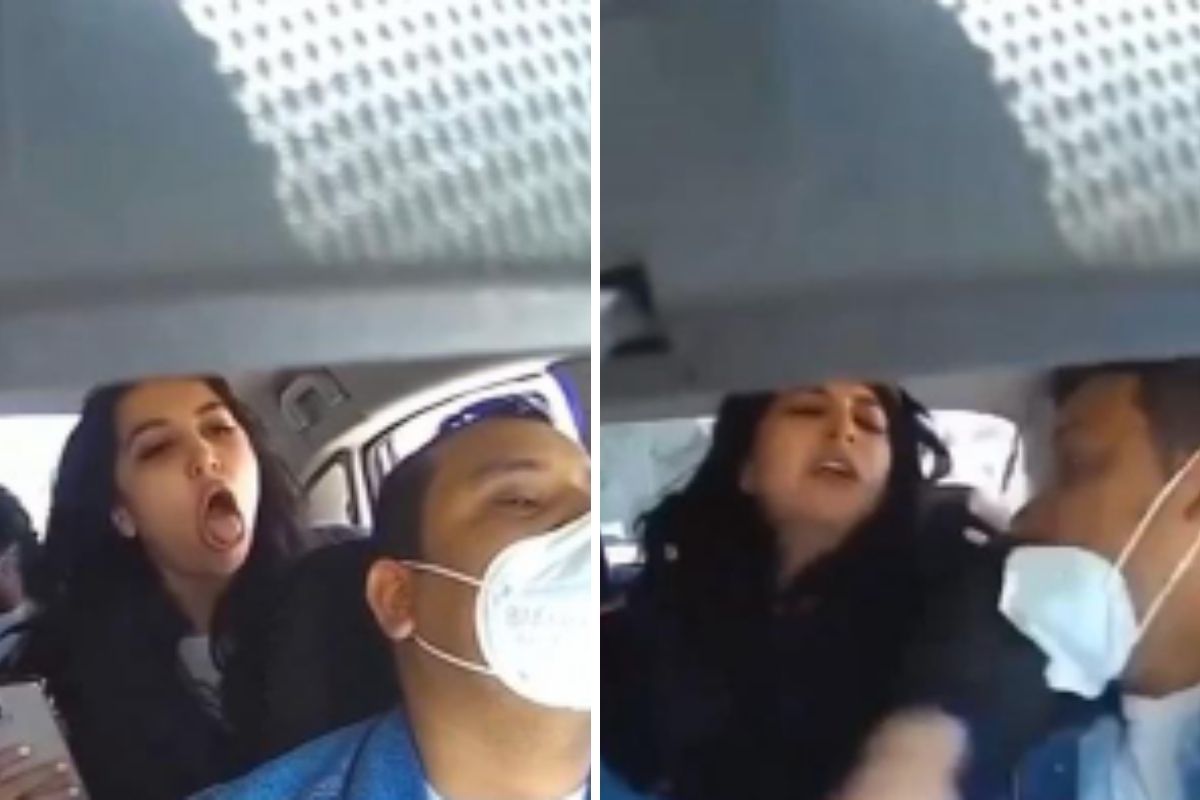 via TMZ
via TMZ

These are the worst kinds of people. Maybe I don’t know this woman personally, but I’m not afraid to call out how entitled and bratty she’s acting in this situation, and I’m glad that ride-share companies such as Uber and Lyft have banned her. This “Karen” was banned after she was caught on video harassing an Uber driver who asked her to keep her face mask on. And the worst part? She claimed she had the coronavirus.

According to TMZ, the San Francisco Police Department is still on the hunt for this woman, who isn’t being subtle on social media in any way. Known as the Instagram influencer @keepinupwforeign, the woman even posted about the incident, claiming why she was in the right here. And although she was wearing a face mask in the video, it seems the problem was that she was maskless initially. So what happened?

This woman got into the car without a mask to which the Uber driver asks that she puts it on. He started recording the incident and was able to capture her on a viral video saying, “No, f*ck the mask. I got corona,” resulting in the driver trying to get her and her two friends out of his car. But to make matters worse, as this woman leaves the vehicle, she grabs his cellphone and rips his mask off. And as she was leaving, she reaches through an open window and sprays what is believed to be pepper spray towards the driver. Thankfully, the driver remained calm throughout the entire nightmare.

While ranting on Instagram, the woman said, “This man’s plan was to go viral from the beginning instead of just taking us to our destination like wtf. Idk who going to get out on the freeway or at the gas station in the hood at that with all the stuff I had! He could have said not [to] get in from the beginning period or at least waiting at the gas station for our next Uber but no.”

“Karen’s” Side of the Story

Look, sweetie (can I point out how satisfyingly sassy it is to use this word when calling someone out?). Just because you have quite the social media following doesn’t mean everyone knows you enough to want to use that for their own gain. People have lives outside of social media and also don’t need a presence online to make a living. Thankfully, after Uber banned access for this woman, Lyft followed shortly after, banning this woman from accessing their rides.