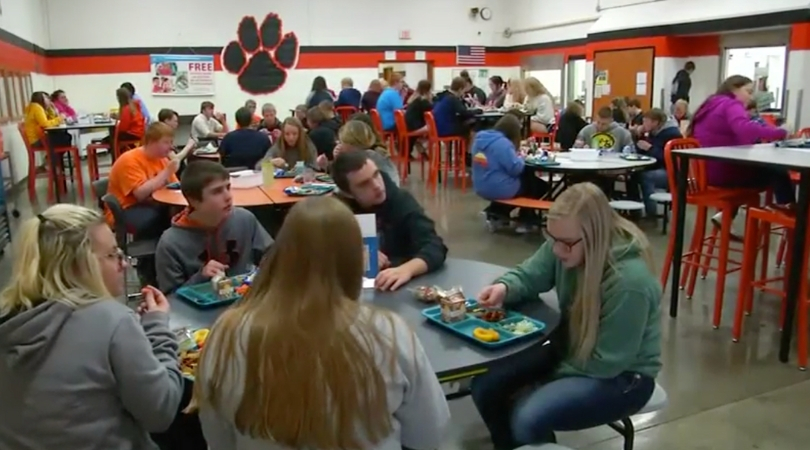 “No Phone, New Friends Friday” sounds like on Fridays students can’t use phones and are forced to make new friends. Well, that’s pretty much what it is. One bold principal, Janet Behrens from Iowa Valley Junior-Senior High School in Marengo, Iowa has decided to make this an official rule. No Phone, New Friends Friday is a new program in an effort to help high school students depend less on their cell phones and re-learn how to make friends by engaging in face-to-face communication.

But the joke was on them because now when they walk into the cafeteria on Fridays they have to follow the program rules. If you ask me, it sort of seems like it could be a bit problematic. Especially since on Fridays, all students want to do is hang with their friends and discuss weekend plans. But, they seem to be rolling with it.

This is how the “No Phone, New Friends Friday” works. When students walk into the cafeteria for lunch they are given a color-coded card. Kids with like color cards sit together for the lunch period. Conversation starters and ice breakers are on the tables to get the kids talking to each other. It really works because well, lunch is a “no phone zone” and they don’t have many other options. It took students a few weeks to get into the idea, but they got the hang of it.

Principal Behrens spoke with KCRG about the school’s new tradition and gave an update on its progress. She stated, “Every little thing helps in this day and age with all of the things that you have going on, all the pressures that they have with social media, it’s nice to see them take a break from all that.”

Watch: The Mansion from ‘The Beverly Hillbillies’ Is Up for Sale