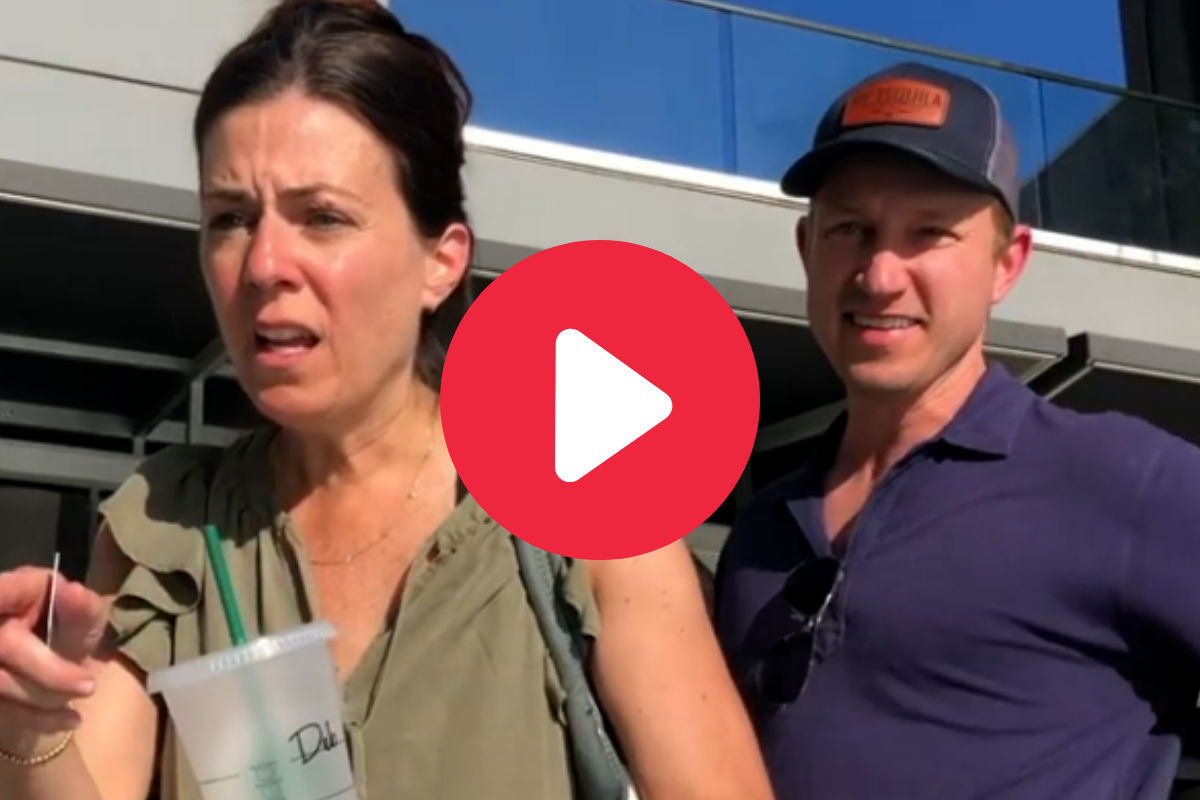 In a now-viral video, a group of white women was “shamed” Game of Thrones-style as they were escorted from the pool area of a Sacramento hotel. The women were reportedly kicked out of the pool for harassing a pair of Black queer women who were kissing.

The video was recorded and shared on social media by Instagram user Art Kaligos. “This woman asked a female couple to stop kissing in a public pool because her kids were present,” Kaligos captioned the video. “So we gave her the Cersei Lannister treatment while they were escorted out by security. SHAME!!”

The clip was filmed on Sunday — just in time for LGBTQ Pride Month — at the Kimpton Sawyer Hotel pool near San Francisco, California. Since being posted, the post has amassed nearly two million views. In the video clip, a blonde woman claims to be called racist “for being white,” and she flips off the camera while shouting profanities.

A second woman — identified as “Deb” on the Starbucks cup she is carrying — follows her out while declaring herself a Jewish woman from New Jersey. When accused of being “suburban” by someone in the video, she responds, “I live in Oakland, you fucking a–hole.”

She continues, “I have never met anyone like you guys. Are you kidding me? I have never been more embarrassed in my life for the human race,” she tells her fellow pool-goers shouting “shame”.

“Do you have any children?” she asks someone outside the camera frame. After being assured that they didn’t want to have kids, “Deb” responded, “Good, ’cause you?d be a f–ng terrible dad.”

Why Were the Women Escorted from the Pool?

But let’s back up for a second. The Instagram video only shows the outraged moms being escorted from the pool, and not the events leading up to their public shaming. What we know about the incident is gleaned together from the Instagram caption, a statement from the hotel, and witness testimonies gathered by CBS Sacramento.

Domonique Veasley told CBS Sacramento reporters that a group of people asked her to stop kissing her friend — who is also a woman — because their kids were around. ?My initial reaction for the children was ?Oh yeah, and then I was like ?You are asking me to stop being me,? Veasley said.

?I kind of called her out on her homophobia and her friend was there with her and I just asked her, ?Are you onboard? Are you on board with this homophobia with this hint of racism that I feel like I?m picking up?? Because there were other couples in the pool,? Domonique said.

Georgy Avakov, a witness present at the Bay Area pool, agreed that the women appeared to have been singled out because of their race and sexual identity.

?The white women specifically targeted Ms. Veas (Domonique) and her friend, despite at least a dozen straighter, non-black couples and parents also in the pool and at the bar at the time, who were being just as affectionate,? he told CBS Sacramento. The hotel confirmed that the incident occurred but did not release the details of the encounter to CBS Sacramento.

?The Sawyer does not condone discrimination or verbal assault of any kind. An unfortunate disagreement between guests occurred at our pool over the holiday weekend and the matter has since been resolved,? general manager, Nikki Carlson said in a statement to the local news station. ?For any raised case of guest discrimination, we always seek to investigate the matter and diffuse the situation with our trained staff, responsible for looking after the safety and security of our guests and associates.?