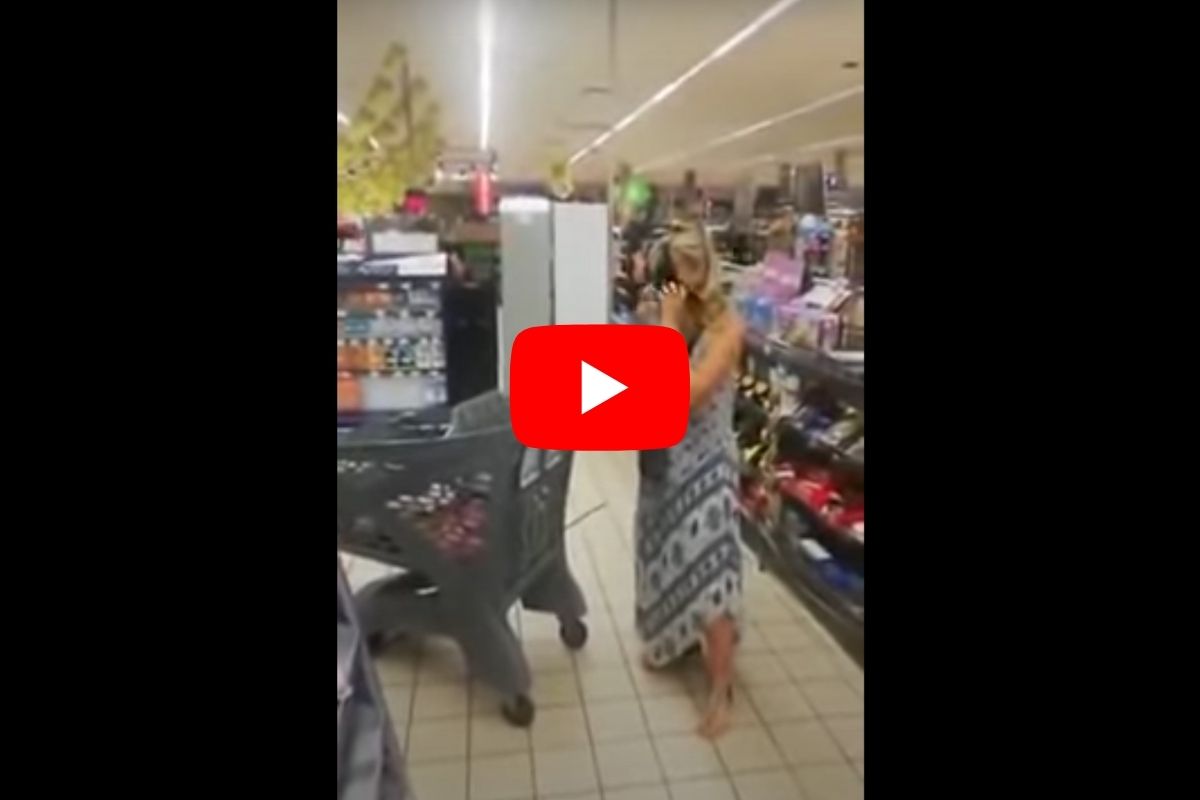 It’s happened to all of us: you leave the house, all ready to go, head out on your way… then realize you forgot your face mask. Maybe you keep a couple extra in the car. Maybe you get to the store and try to pull up the collar of your shirt, hoping nobody notices. But at a Pick n Pay supermarket in South Africa, one woman went a step further… yanking her underwear off from under her dress and pulling it on over her face. And to make matters worse, it was a thong.

The Incident in South Africa

As the Coronavirus pandemic rages on, South Africa has been hit particularly hard. Since last year, the African nation has suffered 50,077 deaths and is just beginning to come out out of a deadly winter spike. The so-called “South African strain” of Covid-19 is now racing around the globe; this serious virus mutation is reportedly more resistant to vaccination efforts, making it difficult to contain.

But now the pandemic in South Africa is trending for a new reason. A viral video shows obtained by Newsflash shows an unnamed woman in Pick n Pay, a South African grocery store, refusing to wear a face covering. As a security guard tries to reason with her beside the checkout line, the woman can be seen reaching up beneath her long paisley dress, pulling off a black thong, and angrily strapping it on over her head as a makeshift mask. After waving her arms around causing a scene, the woman reportedly said: ”Well personally I find it acceptable, it is a mask… And quite frankly I think the bacteria on your knickers is less than on the mask.”

I hope that someone explains to this super-spreader that the reason we wear masks is, indeed, so that they will pick up the bacteria. Better in the cloth than in our bodies!

It didn’t take long for this ridiculous scene to blow up on social media. It seems that lockdown had produced two kinds of Karens: those who complain about wearing masks… and those willing to stick their dirty G-string on their face in public to prove a point about it.

On February 17, South Africa became the first nation to begin rolling out the Johnson & Johnson vaccine. (Its use has now been authorized in the U.S. as well.) On February 28, South African President Cyril Ramaphosa announced that the restrictions put in place to slow the spread of the Coronavirus will be easing. With the rate of new infections dropping, Ramaphosa is eliminating strict limits on alcohol sales for the first time in months, shortening the nightly curfew, and allowing public gatherings of up to 100 people indoors. The mask mandate, however, will remain in place. And underwear does NOT count.