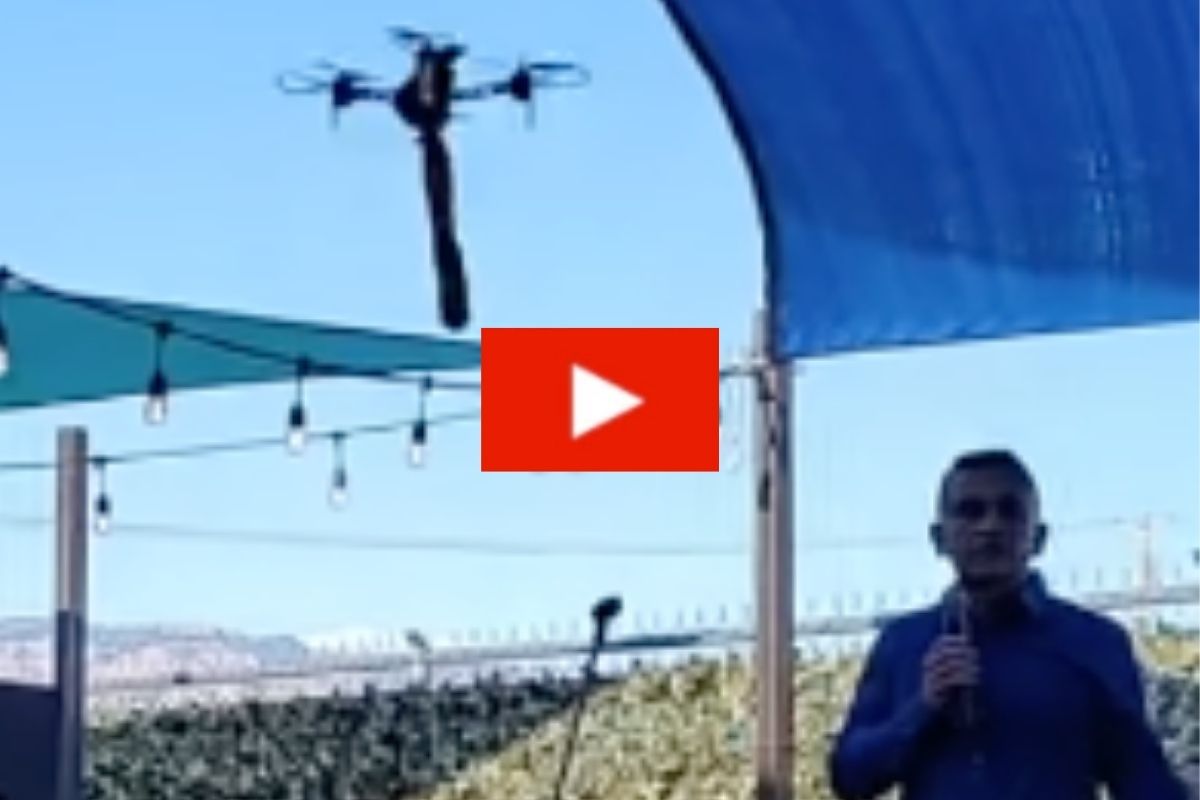 Albuquerque Sheriff Manuel Gonzales III was making a campaign speech for mayor in front of a crowd of about 70 people, when suddenly a massive sex toy hanging off a drone started buzzing by the stage he was standing on. The sheriff was at Revel Entertainment Center, and the owner of the venue grabbed the flying sex toy out of the air while the crowd let out a nervous laugh. But the story gets even weirder.

According to Gonzales, the witty prank was actually the work of current Albuquerque Mayor Tim Keller, but Keller denies the allegations. His campaign manager Neri Holguin told the Albuquerque Journal, ?By now people have seen the video where Manny was interrupted by a drone with an adult toy attached to it. No question it was disruptive, rude, and immature. We denounce demeaning antics and urge residents to participate in the political process in a respectful manner.?

Dreyer also denied any involvement with Keller or the drone, telling the Journal, ?Manny Gonzales is trying to associate me with Tim Keller or radical leftist behavior. I’m not a fan of Tim Keller either and identify as libertarian.?

In the meantime, the only thing we do know about the mysterious culprit phallic-enthused pilot is that they have a Twitter account under the name “dongcopter505,” and that they have an impeccable sense of humor. The account claimed responsibility posting a video on the profile of the incident captioned, “@SheriffManny, @MannyForABQ got some serious D last night. More updates to come.”