The Patriots and Rams Are Going to The Super Bowl! 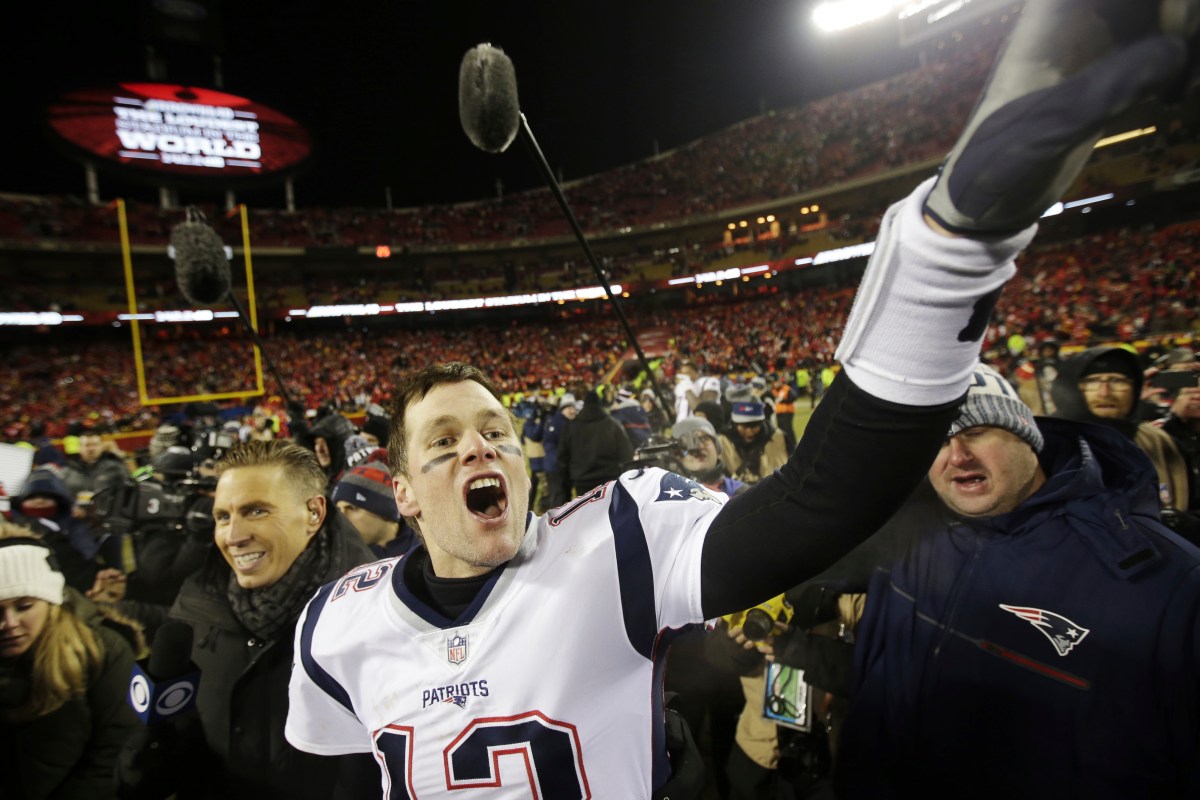 It began in 2002, back when the Rams were in St. Louis and the Patriots were a plucky underdog standing in the way of a potential dynasty.

So much has changed.

🏈 Things that didn’t exist when Tom Brady played in his first Super Bowl:

The duo, every bit as formidable now as when they won that first title, face the Rams, now back in Los Angeles, in a Super Bowl rematch of sorts that pits the NFL’s past against its future.

At 32, Sean McVay is the youngest Super Bowl coach. At 66, Bill Belichick has an NFL-record 30 playoff wins.

The Rams (15-3) are back in the Super Bowl for the first time since that meeting against the Patriots ? and for the first time as the “Los Angeles Rams” since 1980, when they fell to the Steelers. The Patriots (13-5) are back for the third straight time ? they lost to Philly last year ? the fourth in five seasons and the ninth since Belichick got the New England dynasty on track in the 2002 win over St. Louis.

Oh by the way…

🗣 WE WEARING THROWBACKS AT THE SUPER BOWL! pic.twitter.com/MfHN6W0k4T

The Rams duo of McVay and Goff has spent the past two seasons heralding the coming of a new age of football ? one in which McVay’s reimagined offense has dealt a blow to the old, increasingly dated adage that teams ultimately must win championships with defense. The Rams have cracked 30 points in 13 of their 18 games this season. A generation ago, that would’ve been novel; now, it’s normal.

But to officially usher the NFL into a new era, the Rams will have to get past New England, which is a 1-point favorite for the game in Atlanta, set for Feb. 3 ? exactly 17 years to the date of the last Super Bowl showdown, and a bit more than three months since the Boston Red Sox topped the LA Dodgers for the World Series. (Who will Magic and Bird cheer for? Stay tuned.)

Is Brady up to it?

Well, on Sunday, he drove the Patriots down the field for three straight touchdowns ? two in the fourth quarter and once in overtime ? for a 37-31 victory over the Chiefs, the only team that gained more yards than Los Angeles this season.

It put an end to the dream of a rematch between two teams of the future ? Rams vs. Chiefs ? who delivered a wildly entertaining, defense-optional touchdown-fest in a 54-51 Rams victory in November.

The Rams came into that game as a franchise on the edge of a dynasty.

They were one season removed from their first Super Bowl win, led by quarterback Kurt Warner and known as “The Greatest Show on Turf” for the fake grass they burned up at their seven-year-old home in St. Louis. They had amassed what was then unheard of ? 500-plus points in three straight seasons ? and were a two-touchdown favorite against Belichick and Brady, who was in his second year and best known as the sixth-round draft pick Belichick stuck with after Drew Bledsoe got injured.

New England used ball control, defense, and a last-second field goal to topple Warner and the Rams. On the surface, the task figures to not be all that different this time around, though Brady is showing he’s perfectly capable of matching opponents touchdown-for-touchdown. Sunday’s win adds to a Week 6 victory over Kansas City by the score of 43-40. The Patriots ranked fifth in overall offense this season, only 28 yards a game behind LA.

Here’s a montage of Tony Romo correctly calling plays before they happen.

He’s amazing. And yes, he’ll be in the booth for the Super Bowl. 🙏 pic.twitter.com/KaSZKqMrUp

Theirs is an offense built around Brady, his mastery of diagnosing defenses at the line of scrimmage and his ability to use interchangeable parts on his offense over the years. (Receiver Julian Edelman and tight end Rob Gronkowski have stood out most recently.)

Offensive coordinator Josh McDaniels has interviewed for jobs virtually every year since returning to Foxborough after short stints in Denver and St. Louis. He was out the door for Indy last year, but changed his mind and returned once again to call plays for Belichick.

As for the Rams, they improved from 10th last year in offense to second this season, as McVay and Goff found their footing. But maybe the most telling sign of their success is that McVay’s offensive assistants are, as a group, the most sought-after sideline talent in the league. Two left after last season. Two more, quarterbacks coach Zac Taylor and tight ends coach Shane Waldron, are drawing attention this season.

Now, the ultimate question: If they leave, will they do so with a Super Bowl ring?