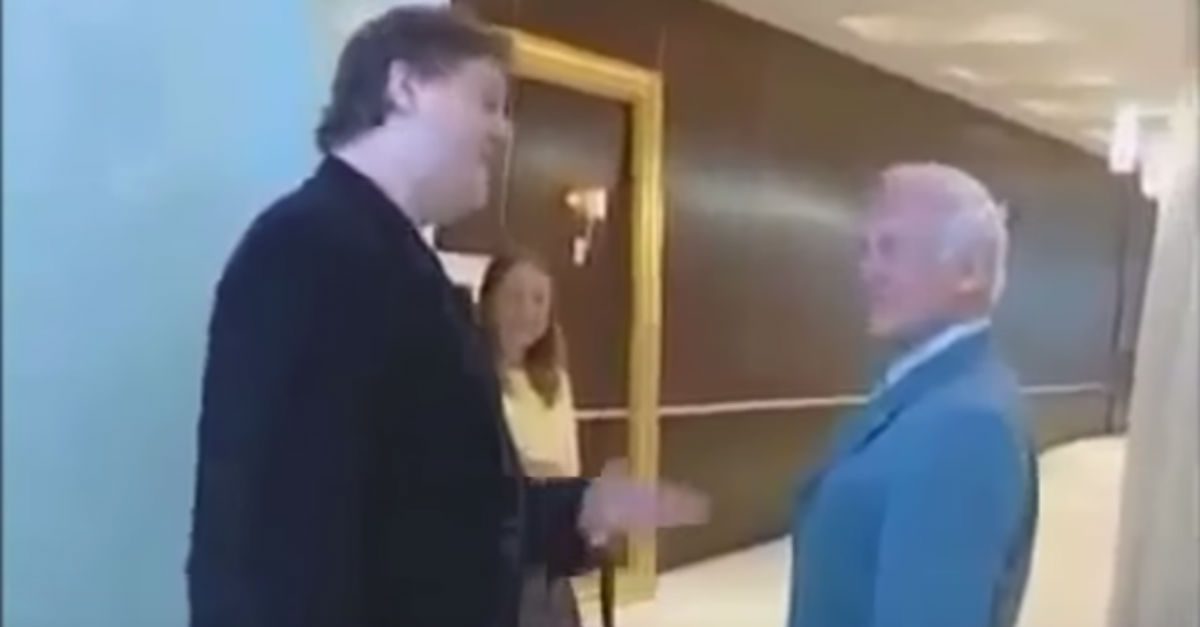 Some moon landing conspirators are much more vocal than others, as comedian Bill Burr points out when he hilariously commentates on the time Aldrin punched a guy in the face who tried to get him to swear on the Bible that he did, in fact, land on the moon.

RELATED: Bill Burr makes fun of one of the most shockingly real wrestling matches of all time

You’d think a video of Buzz Aldrin socking some jerk with a right hook would be great enough, but throw in Burr’s Boston-accented breakdown of the whole thing, and you’ve got yourself a fantastic four minutes of quality entertainment.

Editor’s Note: This article was originally published on July 22, 2016. Today is Buzz Aldrin’s birthday and we were reminded by Meredith Frost of this encounter, so we decided to share it again.