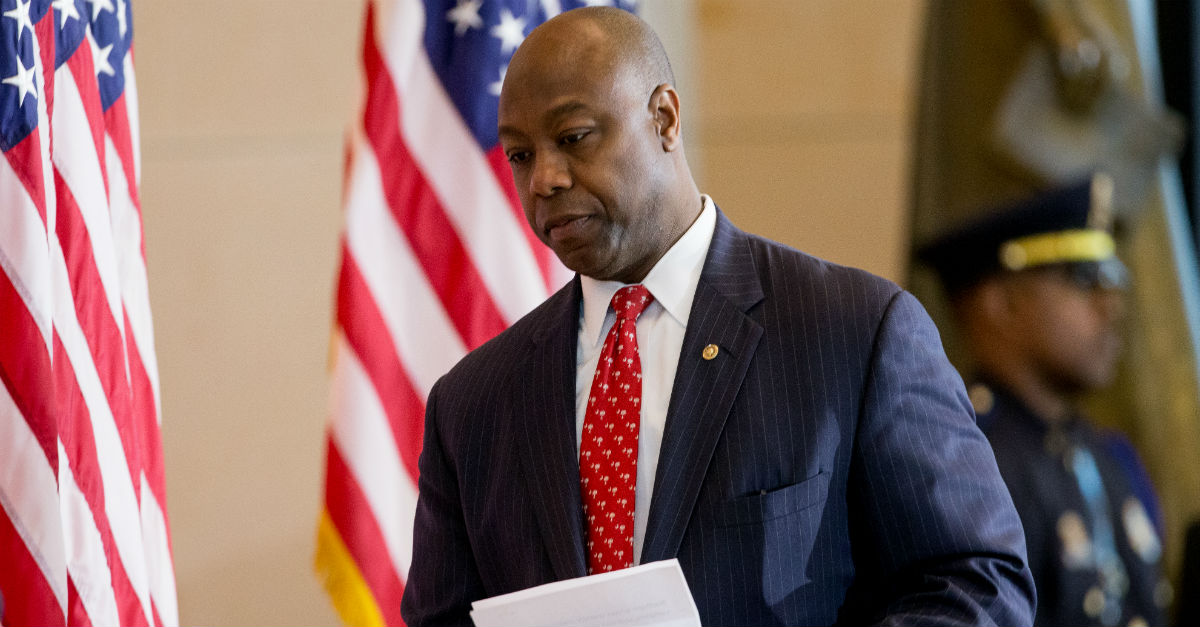 AP Photo/Andrew Harnik
Sen. Tim Scott, R-S.C. exits the stage after speaking during a commemoration ceremony for the 150th anniversary of the ratification of the 13th Amendment to the U.S. Constitution which abolished slavery in the United States, Wednesday, Dec. 9, 2015, in Emancipation Hall on Capitol Hill in Washington. (AP Photo/Andrew Harnik)

Attorney General Jeff Sessions was confirmed yesterday in a 52-47 vote, largely along party lines. Senator Tim Scott (R-SC), a Republican, joined his party in voting to confirm Sessions. Many Americans disagreed with their Senators and House Representatives’ confirmation votes. Some disagreed more vocally than others, leaving messages, mailing letters and posting tweets.

RELATED: Cory Booker testified against Jeff Sessions? attorney general appointment because of this bipartisan cause

Senator Scott, who was the first black senator to win election in the South since Reconstruction, received a specific kind of disapproval, from the nasty to the downright racist. And he read responses to his vote on the floor of the Senate in a startling clip that was first aired on C-SPAN. (Comments begin at 14:20.)

He prefaces these derogatory comments with:

“I’m used to being attacked. If you sign up to be a black conservative, the chances are very high that you will be attacked. It comes with the terrority, and I’ve had it for 20 years […] But my friends and my staff are not used to the animus coming from the liberal Left, who suggest that I somehow am not helpful to the cause of liberal America and therefore am not helpful to black America. They see those as one in the same.”

He later says “I left out all the [tweets] that use the N-word… You see, what I’m surprised by, just a smidgen, is that the liberal Left that speaks and desires for all of us to be ‘tolerant’ do not want to be tolerant of anyone who disagrees with where they are coming from.”