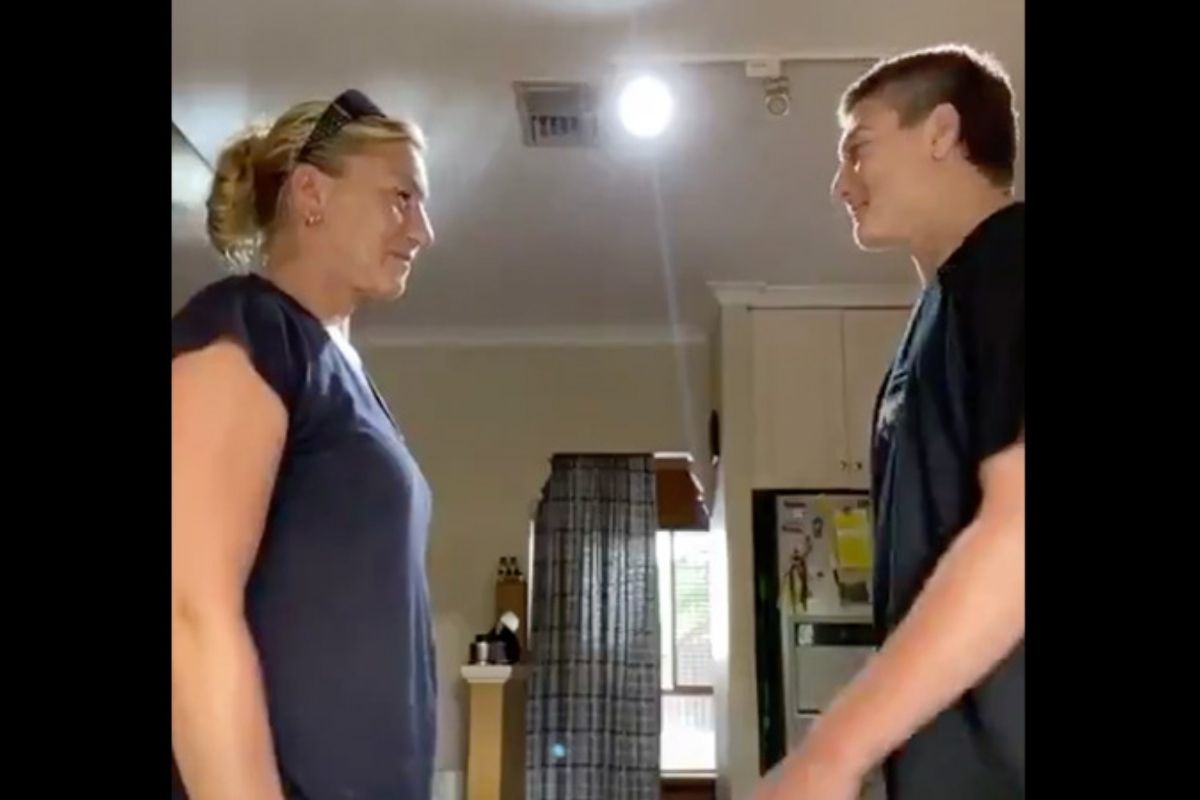 An Australian teenager is inadvertently proving that his homeland should go back to being a forgotten island prison isolated from the rest of the world after he posted a video to the popular social media platform/Chinese spy tool TikTok that featured himself slapping his mom’s boobs to the beat of ?Undercover Martyn? by Two Door Cinema Club.

17-year-old Aiden Ridings, whose name sounds like it was generated by a Buzzfeed quiz that uses food choices to guess your name if you were born in 2003, is Gen Z’s hot new incest influencer. Aiden and his mom, who would’ve been infinitely better off just buying him weed if she wanted to seem cool to her son this badly, filmed the video with seemingly zero reservations about what they were doing. Aiden then posted the video to TikTok and soon it made its way over to Twitter, where even the most veteran users of that perpetually horrifying platform were taken aback by this particular piece of molest-y content.

“hey mom, would it be cool if i slapped your titties?” pic.twitter.com/QsHyYCgbo2

A couple of thoughts on this trend that needs to die exactly like Jimmy Hoffa:

2. This is step one to me logging onto my hologram machine in forty years and watching Logan Paul’s grandson just straight up sixty-nine-ing with his grandma a.k.a. Logan’s baby’s mama, while Logan flosses in the background as a fun throwback for his fans, isn’t it?

This is exactly where content is going. There’s never going to one day be some new movie that somehow towers over even The Godfather in its pure artistic genius. There’s just going to be high school juniors having their artificially intelligent drone companion film 8-second clips of them doing weird sex stuff with their moms or having a coyote bite their penis off because they can get a new one grown at the stem cell clinic.

3. I’m not pro-bullying, exactly, but Jesus I hope this kid got ridiculed into oblivion at school after he posted this. What other way is there to stop him from doing that again at this point? Clearly, his mom isn’t going to step in.

Editors Note: This article was originally published on February 25, 2020.