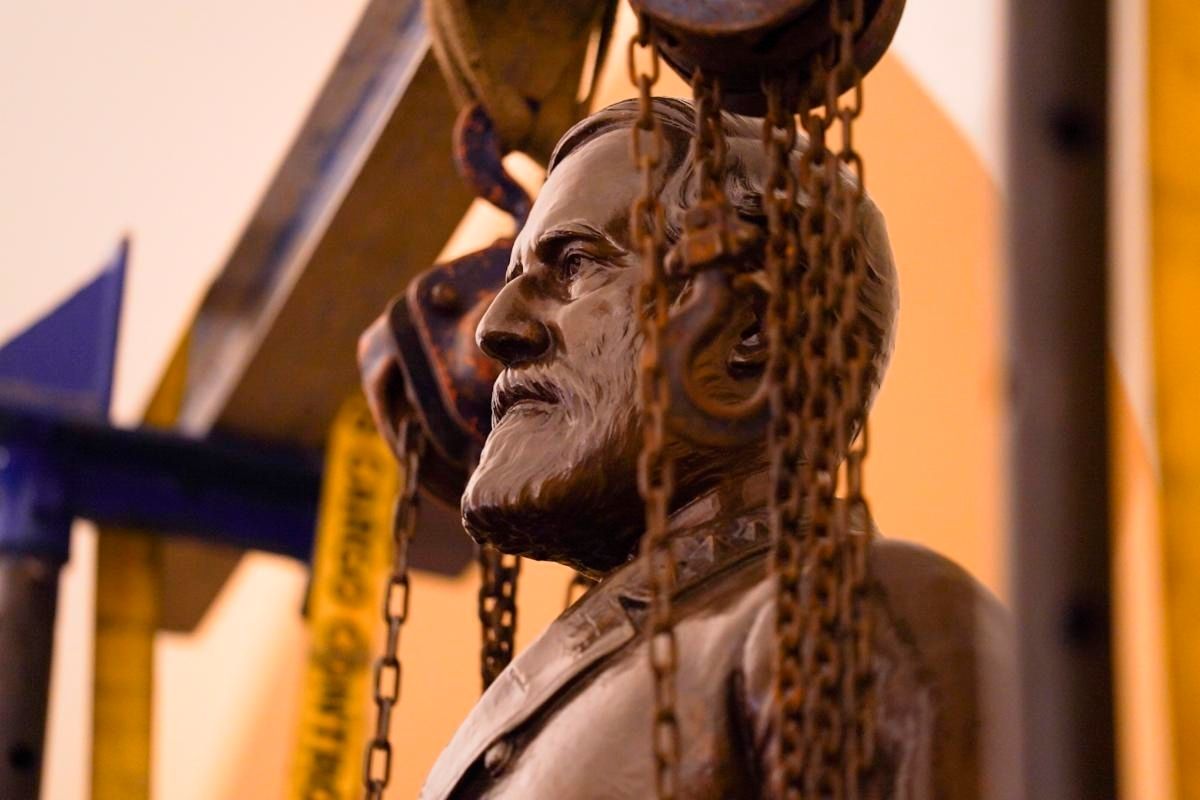 A statue of Confederate General Robert E. Lee was removed from the US Capitol. The statue has stood alongside President George Washington as the state of Virginia’s contribution to the National Statuary Hall collection at the Capitol for more than a hundred years. Ralph Northam, Virginia Gov. announced that the state will seek to have a replacement with a statue of civil rights icon Barbara Johns.

Northam stated, ?We should all be proud of this important step forward for our Commonwealth and our country. The Confederacy is a symbol of Virginia?s racist and divisive history, and it is past time we tell our story with images of perseverance, diversity, and inclusion. I look forward to seeing a trailblazing young woman of color represent Virginia in the U.S. Capitol, where visitors will learn about Barbara Johns? contributions to America and be empowered to create positive change in their communities just like she did.?

A representative from the Northam?s office was present at the site for the removal along with Rep. Jennifer Wexton, who represents a swath of Northern Virginia in Congress, and Sen. Tim Kaine. Nancy Pelosi called the removal ?welcome news,? noting, ?The Congress will continue our work to rid the Capital of homages to hate, as we fight to end the scourge of racism in our country. There is no room for celebrating the bigotry of the Confederacy in the Capitol or any other place of honor in our country.? Earlier this year the Estate Commission had recommended the removal of the statue from the capitol. Led by Senator Lewis Lucas, the commission voted unanimously to remove it. Lucas stated that Confederate images don’t represent who Virginia is, which is why they voted to remove the statue in the first place.

As far as a statue, it will be transported to the Virginia Museum of History and Culture that is located in Richmond. Northam?s proposed budget for the state includes $500,000 for the removal of the Johns statue, which has to be approved by the General Assembly. This year specifically, several social justice activists and politicians have called for the removal of Confederate statues around the nation saying they glorify intolerance and racism. Northam did note that he believes the Confederate monuments should be placed in museums rather than be out displayed in public.

Editors Note: This article was originally published on June 5, 2020. It was updated on December 21, 2020, after Ralph Northam, Virginia Gov., announced the removal of Robert E. Lee’s statue from the U.S. Capitol. Original article below.

A towering statue of Confederate Gen. Robert E. Lee will be removed from Richmond’s Monument Avenue, according to Virginia Gov. Ralph Northam. The statue which sits on State Property will be moved as soon as possible to a storage, while Northam’s administration determines it’s future.

Northam made the decision after days of angry protests in Richmond and across the country over the death of George Floyd. Floyd died after a white police officer, Derek Chauvin, pressed a knee into his neck while he was pleading for air. The statue has become a frequent target of vandalism during the protests, with several people chanting ?tear it down.?

Through a statement, the Virginia governor noted, ?In 2020, we can no longer honor a system that was based on the buying and selling of enslaved people.” The decision of the removal also came a day after Richmonds? mayor, Levar Stoney, announced he will seek to remove the other four Confederate statues along Monument Avenue, which is a prestigious residential street and a National Historic Landmark distinct.

In response to the news about the removal of the statue, the Virginia Legislative Black Caucus called it a step in the ?right direction? into the fight to end racism and the “remaining vestiges of Jim Crow in our Commonwealth.” The caucus also stated the removal was long overdue, especially since the statue was a constant reminder to Virginians of ?racism, dehumanization, and hate.?

This is a great way to put out the fires in cities across the country. After Protests, Virginia Gov. Northam Orders Removal Of Confederate Gen. Robert E. Lee Statue – CBS Baltimore #GeorgeFloyd #BlackLivesMatter https://t.co/2CVCZUfYnT

The Lee monument is the latest controversial statue to be brought down during the furor over the racial injustice and police brutality that is currently playing out all over the world. The city of Birmingham, Alabama, also took down an obelisk to Confederate troops this week which had also stood for more than a century. Philadelphia?s mayor also decided to remove a statue honoring Frank Rizzo, who was the former police commissioner and mayor who rose to prominence during the late 1960s.

Through a statement, a descendant of Lee, Rev. Robert W. Lee IV, also endorsed the removal, stating, ?Today is a day of justice not for my family but the families of countless enslaved persons who continually have fought for justice both long before and long after the Civil War,? Lee, who attended the governor?s press conference, said in a statement. ?Though I know the statue?s eventual promised removal won?t fix the issues we face it is a sign that sentiments and hearts are changing toward justice.?