A Rubgy match in France between teams Bedarrides and Stade Nicois went off the rails after a player was thrown to the ground and injured.

RELATED: On-field collision leads to one of the craziest soccer brawls of all time, as fans climb walls to escape

At first, it appeared as if there was just going to be some pushing, shoving and shouting, but the situation escalated quickly.

We’d say this was more than a “little disagreement.”

While the injured player was being tended to in the background by the medical staff, his teammates came to his defense.

The fans got an up close and personal view of the brawl, as it pushed toward the stands.

RELATED: Graphic video shows teen stomped unconscious while someone else films it

According to the Daily Mail, Stade Nicois head coach David Bolgashvili said the fight was over a “fair tackle” and that the fans got involved.

“There was an aggressive tackle by one of our players, but it was fair in the eyes of the referee. The Bedarrides players then started the brawl, and we fought like dogs,” he said. “There is no safety standard that is respected, there is only one handrail that separates the spectators from the field.”

“The gate was open, and spectators ran on to the pitch to strike our players,” he added. 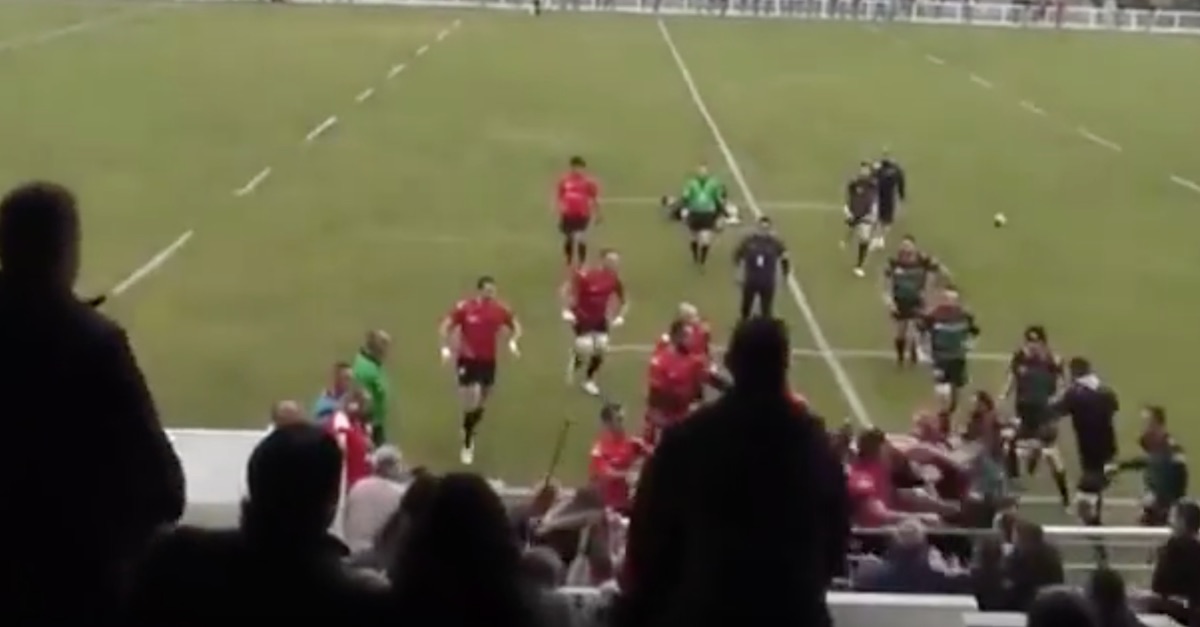