Man, oh man, this is not what I needed to hear today. Supreme Court Justice Ruth Bader Ginsburg has announced that she is undergoing chemotherapy for a recurrence of cancer. But, fear not, she did reassure us that she had no plans to retire, thank god! Can we just skip to 2021, already?

Through a letter released by the High Court, Ginsburg stated, “On May 19, I began a course of chemotherapy to treat a recurrence of cancer. A periodic scan in February followed by a biopsy revealed that lesions on my liver.” She was hospitalized earlier this week for fever and chills that were stemmed from gallstones, noting it was not related to cancer.

A more recent scan revealed a “significant reduction of the liver lesion,” meaning her chemotherapy course was yielding a very positive result. She stated the therapy has not limited any of her abilities to do her job, and plans to continue to serve. She stated, “I often said I would remain a member of the Court as long as I can do the job full steam. I remain fully able to do that.”

Ginsburg was also hospitalized in early May where she participated in oral arguments from her hospital bed, asking questions in a case that was concerning Obamacare’s contraceptive mandate. Ginsburg, who is 87-year-old, survived colon cancer back in 1999 and was diagnosed with pancreatic cancer a decade later. Ginsburg’s health is the subject of a very widespread interest due to her status as a liberal icon. The prospect that President Donald Trump could name a third justice to the Supreme Court could b become a major election issue.

“On May 19, I began a course of chemotherapy (gemcitabine) to treat a recurrence of cancer. A periodic scan in February followed by a biopsy revealed lesions on my liver. My recent hospitalizations to remove gallstones and treat an infection were unrelated to this recurrence.

Immunotherapy first essayed proved unsuccessful. The chemotherapy course, however, is yielding positive results. Satisfied that my treatment course is now clear, I am providing this information.

My most recent scan on July 7 indicated significant reduction of the liver lesions and no new disease. I am tolerating chemotherapy well and am encouraged by the success of my current treatment. I will continue bi-weekly chemotherapy to keep my cancer at bay, and am able to maintain an active daily routine. Throughout, I have kept up with opinion writing and all other Court work.

I have often said I would remain a member of the Court as long as I can do the job full steam. I remain fully able to do that.” 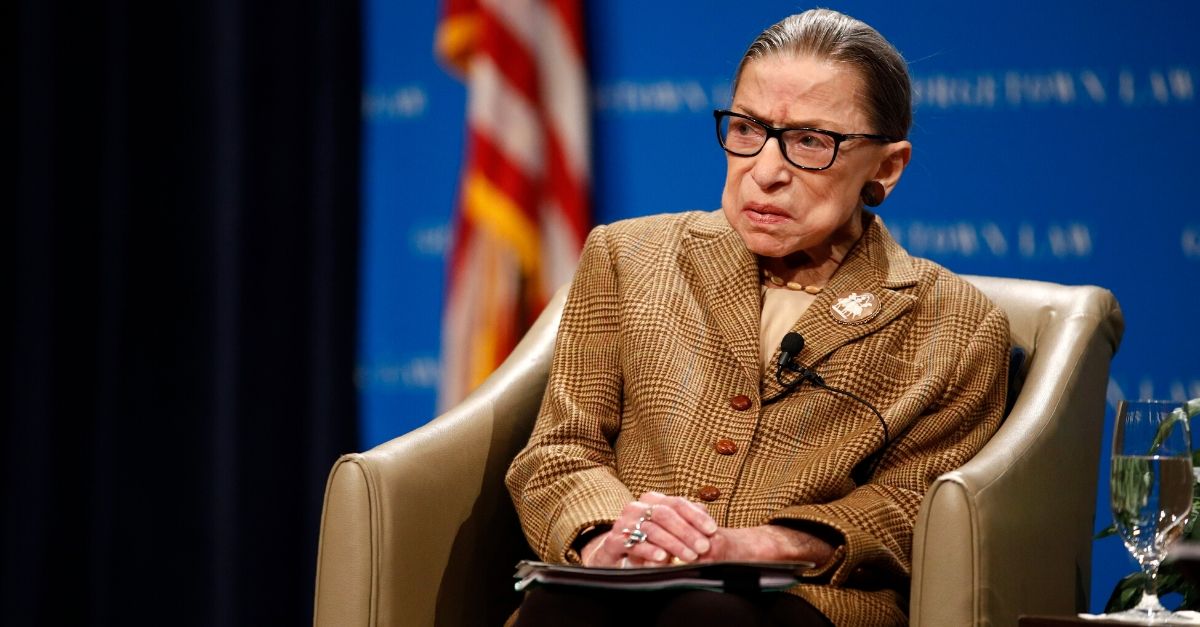