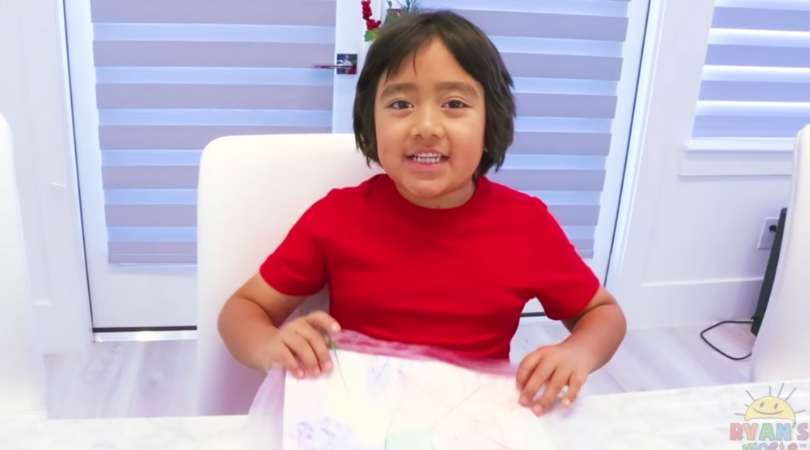 I am mad. I can’t even begin to explain to you how mad I am. This kid, yes an 8-year-old kid, has managed to make more money in one year than you or I will probably make in our life. This is insane. Ryan Kaji, a “famous” YouTube star will never have to work again in his life. Lucky bastard. Here I am trying to convince myself that I don’t need that extra shot of espresso in my coffee.

The 8-year-old is YouTube’s highest earner and made eight figures before he even turns 10. You know what I was doing when I was 8? I was in school trying to learn how to play a freaking recorder because it was a requirement. Not this kid, oh no. This kid was just opening up toys and telling the audience if he liked it or not. Cool, cool, cool.

Forbes officially named him as 2019’s best-paid Youtube star, for the second year in a row. This time around, he earned $4 million more than what he made in 2018. His YouTube channel Ryan’s World has garnered 23 million subscribers since it debuting which was when he was only 3-year-old.

Based on Forbes’ pretax and agent-fee earning estimates, Kaji reportedly makes $26 million from his channel annually. Forbes’ list is based on pre-tax income that is derived from things such as advertisements, sponsored content, and merchandise sales and tours. Back in 2015, the channel, Ryan Toysreview, began featuring “unboxing” videos which showed Kaji unwrapping toys on camera. The channel how now “matured” to the child star conducting several science experiments. The boy also has his very own toy and clothing lines, a Nickelodeon show called Ryan’s Mystery Playdate, and a Hulu deal.

According to Eyal Baumel, the CEO of entertainment company Yoola, the boy’s young age is likely a very large part of his appeal. Which was backed up by Pew Research Center, which found that having a child in a YouTube video indeed increased its average views threefold. Probably because everyone likes watching kids do funny stuff. So yeah, I totally believe this too.

The No. 1 highest-paid YouTube star this year, with an earnings of $26 million, is 8-year-old Ryan Kaji—who got his start on the channel when he was just 3 years old by unboxing toys on camera pic.twitter.com/IckKXb4UqB

The second top paid Youtuber to make Forbes’ list was Dude Perfect, a group of five adults in their thirties who play sports and perform stunts, earning $20 million. But wait, it gets better. Third place went to Youtuber star Anastasia Radzinskaya. The 5-year-old was born in southern Russia and has Cerebral Palsy. She currently has six-figure deals with Dannon and Legoland. Radzinsky reportedly earns a whopping $18 million annually. You know, the usual for a kid in first grade.

It’s really insane to me that this kid beat out other well known YouTube stars such as makeup guru Jeffree Star, who runs a multi-million makeup line and gamer PewDiePie (Felix Kjellberg) who has been the most subscribed channel on YouTube for more than five years. When do these kids get to sleep? Also, do they not go to school? I might have chosen the wrong career, here.

Watch: Dolly Parton’s Net Worth Will Astound You