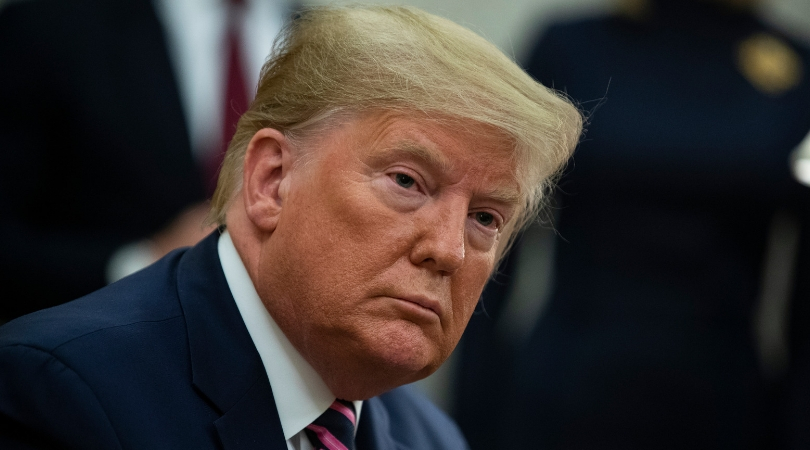 The nation’s leading evangelical magazine is now weighing in on President Donald’s Trump impeachment process. Christianity Today called President Trump to get the “boot” from office in an editorial they recently published. The magazine has publicly supported the impeachment of former President Bill Clinton two decades ago. This time around, Christianity Today Editor-in-Chief Mark Galli wrote that President Donald J. Trump had already lost the moral authority to lead the country due to his immoral actions and “ethical incompetence” since day one.

In the editorial, Galli responded to the House’s vote Wednesday night, writing “We believe the impeachment hearings have made it absolutely clear, in a way the Mueller investigation did not, that President Trump has abused his authority for personal gain and betrayed his constitutional oath.” The editorial also noted that the House was “justified” in approving impeachment articles over the allegations that Trump pressured Ukraine into investigating his political opponent, Joe Biden.

It stated, “The president of the United States attempted to use his political power to coerce a foreign leader to harass and discredit one of the president’s political opponents. That is not only a violation of the Constitution; more importantly, it is profoundly immoral.”

According to exit polls, white evangelicals were the “bedrock” of Trump’s victory back in 2016, giving the Republican party a hefty boost. Trump garnered around 80 percent of the white evangelical voters. The editorial urged, “To the many evangelicals who continue to support Mr. Trump in spite of his blackened moral record, we might say this: Remember who you are and whom you serve. Consider what an unbelieving world will say if you continue to brush off Mr. Trump’s immoral words and behavior in the cause of political expediency.”

Christianity Today did call on the Senate to convict the President and remove him from office, calling it “not a matter of partisan loyalties but loyalty to the Creator of the Ten Commandments.”

A far left magazine, or very “progressive,” as some would call it, which has been doing poorly and hasn’t been involved with the Billy Graham family for many years, Christianity Today, knows nothing about reading a perfect transcript of a routine phone call and would rather…..

As expected, President Donald Trump took to Twitter to blast the evangelical publication, stating it was a “far-left magazine.” Through a tweet, Trump stated the magazine has been “doing poorly” and hasn’t been involved with the Billy Graham family for years. He continued, “Christianity Today, knows nothing about reading a perfect transcript of a routine phone call and would rather have a Radical Left nonbeliever, who wants to take your religion & your guns, than Donald Trump as your President.”

Christianity Today, a faith-focused magazine, was founded by iconic preacher Rev. Billy Graham in 1956 and has printed circulation of 120,000.