Family Finds Nearly $1 Million in Cash Lying on the Road 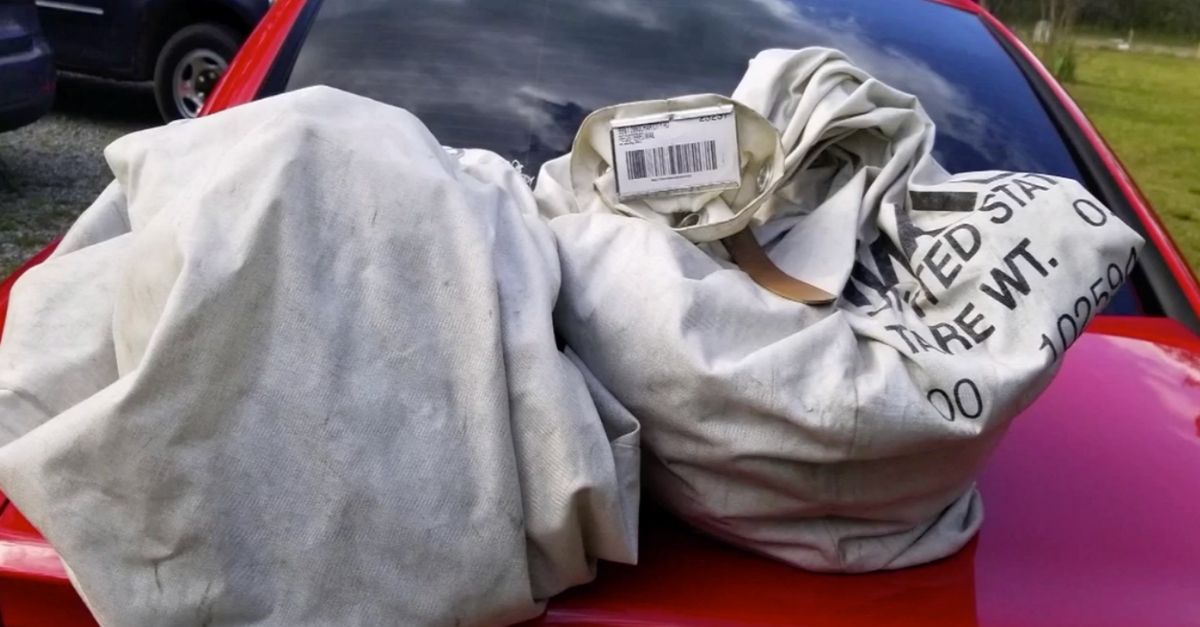 Talk about pure dumb and amazing luck. A family in Virginia were shocked after they found nearly 1 million dollars in cash in the middle of the road! According to the family, they were just trying to get out of the COVID-19 blues by talking an afternoon drive, when they found what appeared to be a big bag of trash laying on the street. According to the Schantz family, the car in front of them had time to swerve out of the way, but the family didn’t have time to do the same.

According to Maj. Scott Moser of the Caroline County Sheriff’s Department, the family ran over the bag and instead of just leaving the trash on the road, they picked it up and put it in the back of the truck. Like we all should do whenever we see trash on the street.

What would you do if you found $1 million sitting in the middle of the road? #MissingMoney #WhatWouldYouDohttps://t.co/TtC3SBKmj5

That’s when the Virginia family saw another bag in the ditch nearby and picked that bag as well. After they got home that evening, they were about to throw the trash from both bags, but when they opened them, it appeared to be mail. After investigating further inside the bag, the family found it to be cash money. The Schantz family went to church with one of the county’s sheriffs, who told the family to call the office.

According to Moser, “We went out there and determined it was, in fact, cash. It was in two bags and the total was close to $1 million.” Within the two larger bags were two smaller ones, each containing letters as to where the money would be deposited. The plastic baggies we’re all addressed with something that said, “Cash vault.” The Sheriff’s department quickly conducted its own investigation before turning it over to the United States Postal Service. They are now looking into the matter on their own and are working to get the cashback to its rightful owner.

Moser did applaud the family for turning in the cash, noting it was a credit to the charger and fiber of the family. Is this family an example of how good samaritans should act? Sure! But boy, boy. What would you do if you found $1 million on the road?

Watch: Paul Walker: How Much Was the Late Actor Worth?