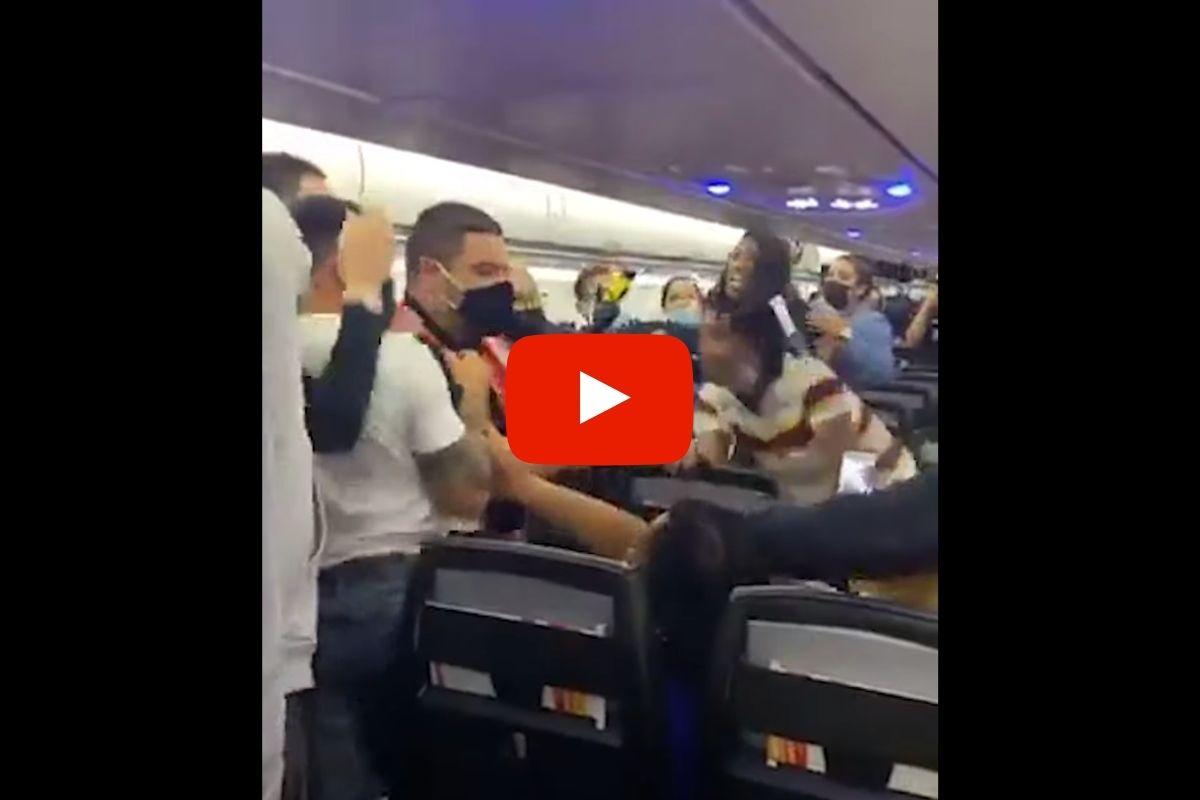 I will be the first to admit that I hate any type of confrontation. The minute someone raises their voice, whether at me or another person in the room, I will automatically start crying because that is the type of person I am. I hate it, I hate sides, I hate brawls, and everything and anything in-between. But I will say this, sometimes you need to do what you need to do if someone is acting up. Which is why I respect these employees so much.

Apparently, a passenger aboard a Spirit Airlines flight from New Jersey to Puerto Rico was involved in a wild brawl that erupted when the plane landed in San Juan after a woman reportedly refused to wear a mask and was tased by cops. The woman, identified as Nyasy Veronique Payne, provoked a very unnecessary incident by acting in what witnesses called an ?aggressive, hostile, and defiant behavior.? According to Puerto Rico police, and CBS reporter David Begnaud, the altercation erupted around 7 p.m. Sunday at the Luis Muñoz Marín International Airport when a woman allegedly struck 28-year-old Javier Lopez Cruz.

Attack of the Taser

Taking advantage of the situation, another male passenger recorded the fight and posted it on social media, in which the woman, who is wearing a mask around her chin, is seen loudly yelling at a male passenger in a white T-shirt. Someone is then heard shouting, “Stop! Stop! Calm down!?Obviously, in rage, the woman tries to attack the man before the female passenger is zapped by a taser. Through a series of tweets, Begnaud stated that he spoke to a passenger named Alfredo, who told him that the woman had been punched before she went on the offensive. He wrote, ?Alfredo says during the flight, a young man was moving about the plane, switching seats and not wearing a face mask. Flight attendants, according to Alfredo, instructed the man to stop switching seats & to wear his mask,? Despite the warning, the man didn’t stop when the plane landed, and then police were called.

He then told the reporters that 3 women, who appear to be traveling with the man, were also not wearing a mask, and removing the cabin the seatbelt light was on. That’s when the flight attendants asked the women to stay seated and to wear a mask. The violence began upon Landing when three more passengers started yelling racial slurs and homophobic slurs at the three black women, including Payne, who retaliated at the aggressor. So although she may have acted in self-defense at first, she then reportedly continued the attack the passenger. Payne was later arrested by police officers and spent the night in jail with a basis set at $150,000. Hey people, just wear a face mask, we are still in the middle of a pandemic.

NOW: the female tourist onboard the plane – seen on video punching passengers – has been arrested & is expected to spend the night in jail.
(See my twitter thread for an eyewitness account from a Puerto Rican man who says the woman was punched & harassed before she hit anyone) https://t.co/cvDhENxDLk