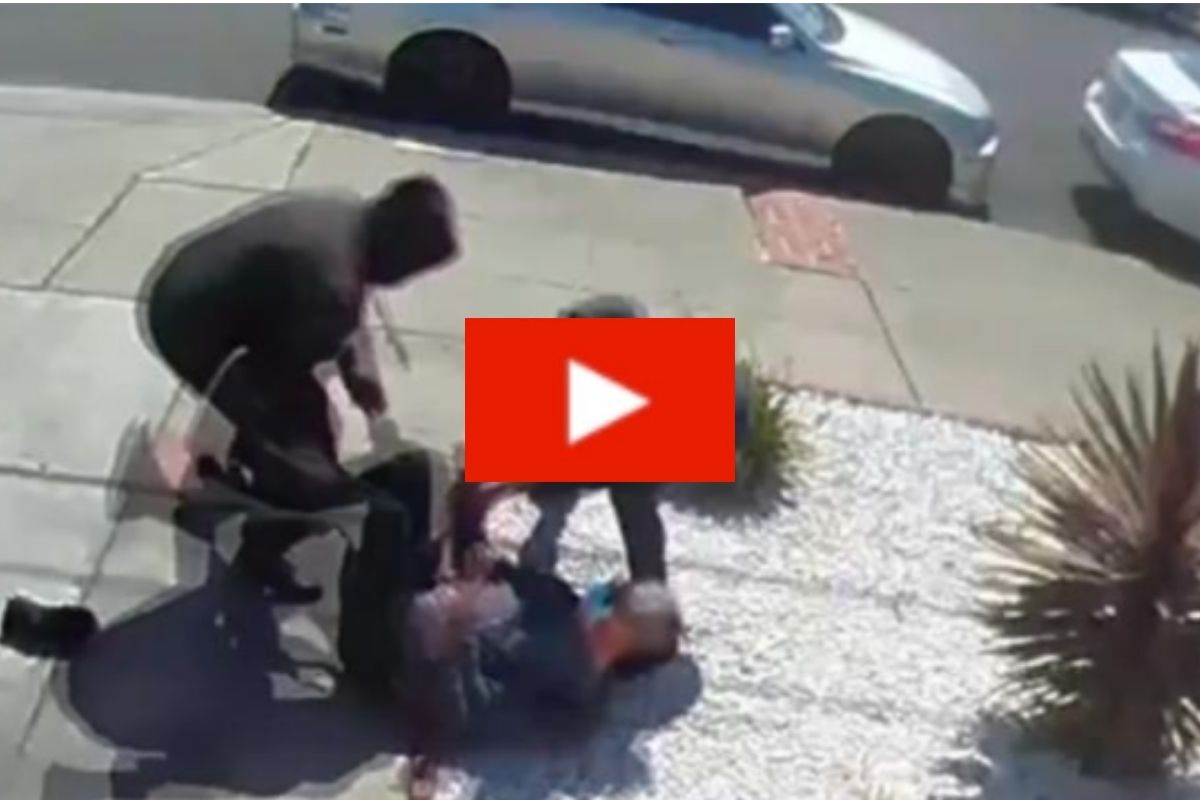 If you couldn’t understand the currently rising numbers of hate crimes against Asian Americans before, then here is some proof following the recently horrifying attack of an 80-year-old Asian man. A surveillance video shows attackers, believed to be two teenagers, knock the elderly Asian man to the ground, assaulting him, and taking off his Fitbit before driving off in their getaway car with a third accomplice.

According to NBC Bay Area, San Leandro police released data on a demographic study that stated their findings of a 283% increase in violent crimes against Asians in the California city from 2019-2020. San Leandro is a city that is 36% Asian American.

The investigation continues in finding the perpetrators, and the man who recorded the video from his home, known as “Marcos” out of safety, told ABC7, “It’s crazy to see kids that age doing that kind of stuff going down that road already.”

Warning: This video explicitly shows the attack of a helpless, elderly man. Viewer’s discretion is advised.

He also explained how the old man told the police department that he believes he was targeted for being Asian, luckily only suffering minor injuries. Police also told NBC Bay Area that they believe the same attackers are also responsible for robbing a Hispanic woman of her purse that same day.

Community members have expressed how they’ve been shaken up, following the numerous amounts of anti-Asian attacks that have been happening recently. The Rabago family, from San Leandro, detailed the strain in having to explain what’s been happening to their children, as they now can’t even take their leisurely family evening walks without being super alert.

Phil Rabago said, “Pay attention to my surroundings. Yeah, normally that wasn’t the case; I could walk freely down the street, not have a care. That is something I have to factor in when I go out,” and Trang Le-Rabago added, “When something like this happens, we have to have a conversation we have to explain to our kids why people make certain choices and decisions and why we now have to be super alert on an evening walk as a family even.”

Watch: FBI Warns Against Fake COVID Vaccine Cards to Avoid Getting the Shot