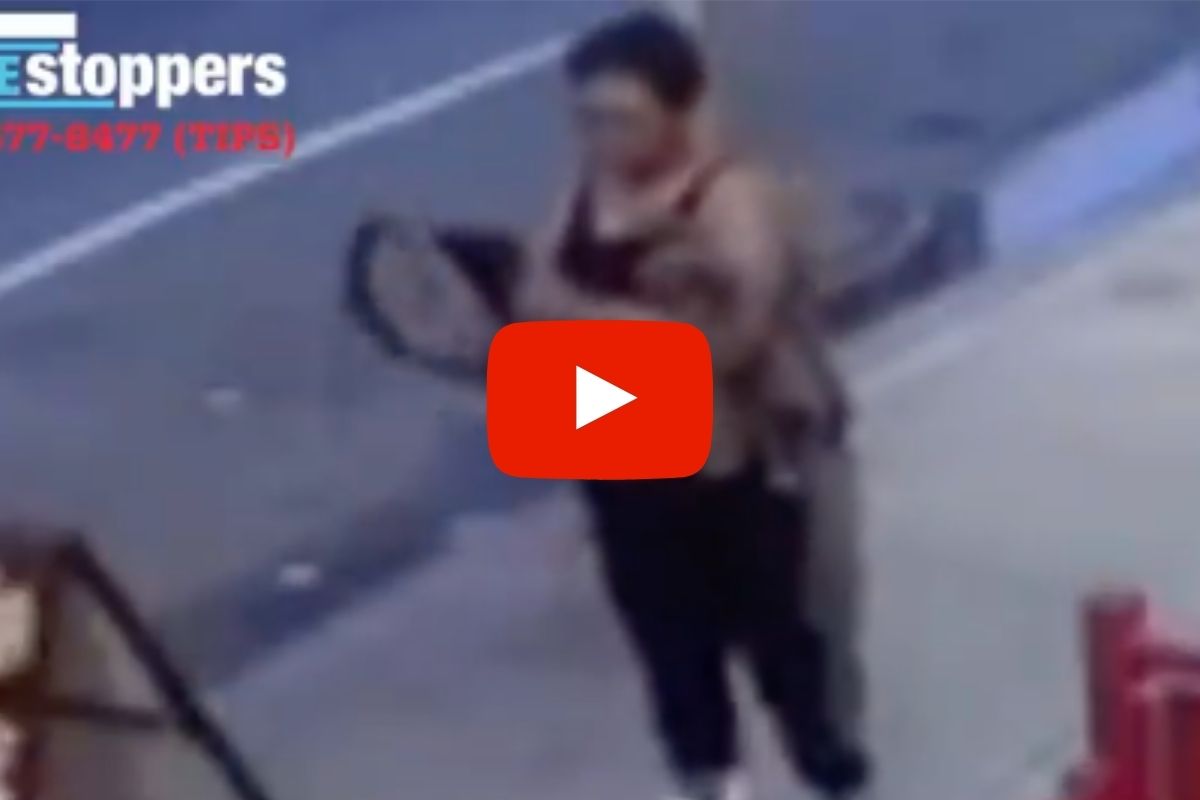 Amid a rise in hate crimes against Asian Americans in New York City, a Brooklyn woman was arrested and charged for harassing and slapping an Asian woman. The incident, which occurred two weeks ago outside an ice cream shop in Manhattan’s Lower East Side near Chinatown, was caught on store surveillance video.

⚠️Thanks to excellent Investigative work by @NYPDHateCrimes Detective Breton, help from the public, and an assist from Brooklyn North Warrants, this individual has been ARRESTED and charged with Aggravated Harassment as a HATE CRIME. @NYPDShea @NYPDDetectives @NYPDnews https://t.co/ZzwlaTg27d

In the surveillance footage, Cheyenne Taylor, 29, storms up to a 25-year-old victim chatting with her friend in Mandarin at a sidewalk table. Apparently out of nowhere, Taylor explodes at the victim. ?I don?t want you talking! Shut the f— up!? she shouts. ?Go back to where you came from! Go back to your country!?

Taylor began to walk away, but then turned back and slapped the woman across the face. According to the New York City police department, the victim declined medical attention. Following a tip, NYPD police officers arrested Taylor near her Starrett City home on Tuesday. Taylor has been charged with aggravated harassment as a hate crime.

The rise in hate crimes may be fueled by racism tied to the coronavirus pandemic, police say. 2020 studies found that unfavorable views of China reached historic highs last year, with the widespread belief that China was behind the spread of COVID-19 around the world — fueled, in part, by comments and Tweets from former President Trump.

The list of attacks against the Asian American community this year is a long one. There was the woman whose backpack was set on fire when she was waiting in a subway station. Or the time when an Asian man was stabbed to death in Sunset Park, Brooklyn after he tried to stop the attempted robbery of another Asian man. There was a Chinese-American bus driver who was punched in the face and called an anti-Chinese slur. Then there was that horrifying acid attack against a Pakistani college student, whose face was disfigured after a stranger threw caustic liquid at her face and ran off.

?The attacks are random, and they are fast and furious,? Jo-Ann Yoo, executive director of the Asian American Federation, told The New York Times. ?It has stoked a lot of fear and paranoia. People are not leaving their homes.?

On Monday, the NYPD announced that a new civilian panel was formed to help police officers crack down on hate crimes.