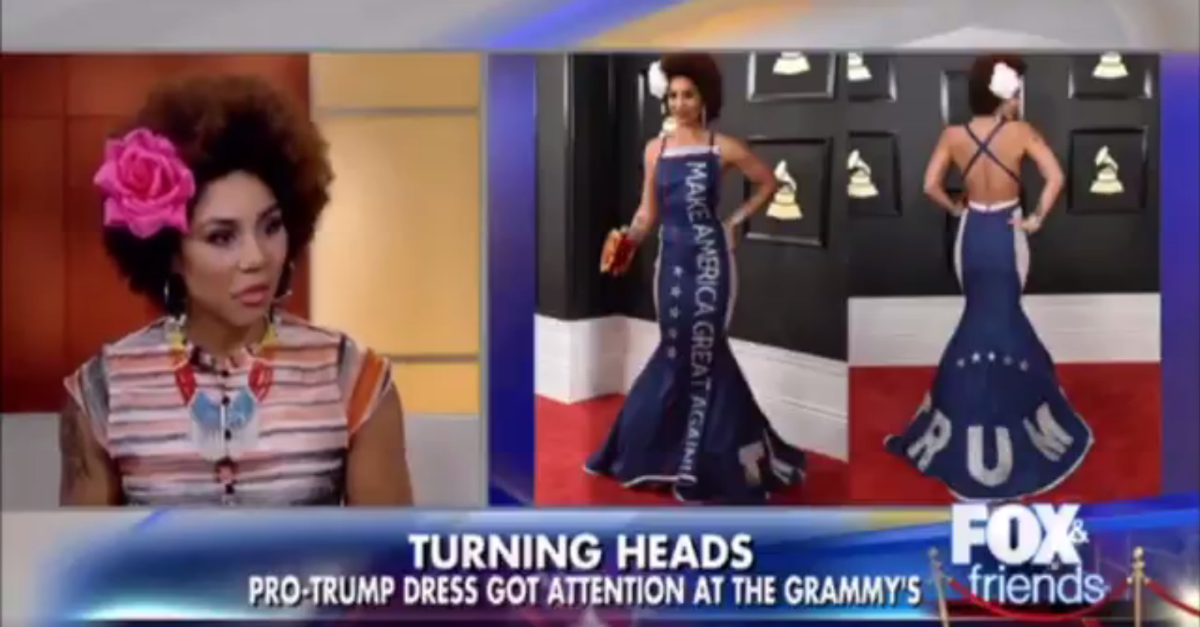 All eyes were on Joy Villa when she showed up to the 59th Annual Grammy Awards wearing a dress that said “Make America Great Again” on the front, and “Trump” on the back. Initial reactions to the artist’s fashion choices were predictably negative since music industry figures tend to be more liberal.

Two months after her captivating red carpet moment, Villa appeared as a guest on “Fox & Friends.” On the show, the artist revealed that she’s still affected by the fashion choice.

.@Joy_Villa: I've lost friends over my support of President Trump, but my life has changed for the better since wearing the 'MAGA' dress pic.twitter.com/CRnBXrRCkO

“I now have millions of eyeballs me,” Villa said, as she listed positive outcomes from wearing the dress. But Villa also revealed that there was some very personal backlash.

“I’ve lost some friends, of course, because now I’m outspoken about who I support and it’s our president. And for some people, that’s controversial,” she said. Villa added that she never questioned her support for the president.

Villa also saw the sales of her album skyrocket the day after the Grammy Awards.